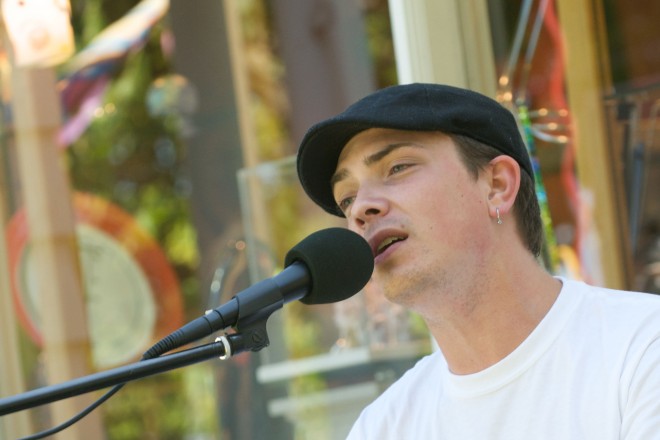 The week before Eli Mattson decided to audition for America’s Got Talent, he applied for a cashiering job at Family Video. He has always been interested in film, and besides, the advertisement said that they were hiring “friendly and talented people.” He didn’t get the job.

“Maybe I should have been discouraged,” he says, but that is not how Door County music darling and 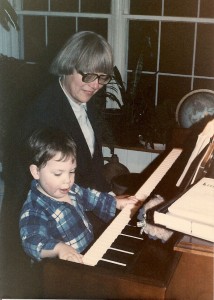 national phenomenon Eli Mattson has ever functioned. Only a few days passed before the 27-year-old was on his way to Chicago to try out for the nationally broadcast show. Then, last October, his talents as a vocalist, piano player and songwriter propelled him into the top two performers on this program, for which outcomes are decided by viewer votes.

Since the fall, Eli has had a series of exciting developments in his musical career, including gigs all over the country, fans all over the world, and a busy schedule for the summer. Eli returned to Door County at the beginning of May for two shows at the Door Community Auditorium; a second show had to be added when the first sold out almost immediately. It comes as no surprise. When Eli made a surprise appearance at the Door County Idol competition in February, playing on stage while the judges made their decision, the crowd went wild.

And after a winter mostly on the road, Eli was happy to return to home turf and the fans who have followed him for years. “Some of my fans from Door County listened to my very first recording, and that’s when I couldn’t even really sing.” Anyone who heard Eli play in those early years knows that he could sing then. But more recognition has not added arrogance to this piano man’s repertoire. “I’m still tripped out that people want my autograph.” So now, even with fans contacting him via MySpace from the UK and places as far away as Finland or the Philippines, Eli always plays to the audience. “I feel so lucky to have people who want to hear me sing,” he says. 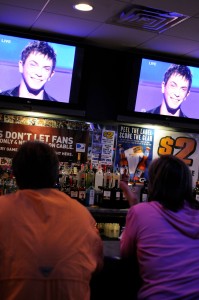 When asked if he is happy to return to Door County, Eli says, “Yes, of course. My music started there.” Eli came from a musical family and played the piano from a young age. He debuted an original composition while he attended Southern Door Elementary School. His mother, local singer-songwriter Jeanne Kuhns, took him to hear jazz and blues musicians in Chicago. Eli once got up on stage and played along with them. Then, at 17, Eli started playing at coffeehouses around Sturgeon Bay, and his first open mic night was at the Bayside in Fish Creek. He explains that Door County had a good climate for him to develop musically. It was partly that he was a local boy. “I know, it’s very Varsity Blues,” he says. But it was also that he was growing up in a musical place, with musicians, singer-songwriters – including his mom – and live performances around every corner. Soon Eli started to contribute to this music scene, playing on the lawn in front of J. Jeffery Taylor in Fish Creek or Java on Jefferson in Sturgeon Bay in the summer for all of the people strolling by.

This summer, Eli does not have the opportunity to play on quite as many lawns. The newest spokesperson for Cellcom (former spokespeople include Mike Holmgren) he is filming a Cellcom commercial, and he will appear throughout Wisconsin on a Cellcom musical tour. In the spring, he traveled to Washington D.C. for the National Cherry Blossoms Festival, where he played in front of thousands of people at the steps of the Jefferson Memorial. From Washington, Eli had the chance to go back to Las Vegas, the setting of America’s Got Talent. This time, he had a cameo appearance at the Mirage, performing alongside Terry Fator, winner of the second season of the show. He has played at other concerts and festivals around the country, and all this “hopping all around” will continue through the summer. 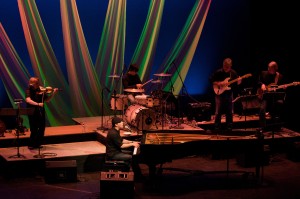 The nationally broadcast show certainly opened doors for Eli Mattson, a perfectly timed breakthrough after regional critics had long thought that he was about to be discovered. Eli is the first to remind you how thankful he is for his experience on America’s Got Talent. He explains that it not only allowed him to reach more people with his music but also was instrumental in his education about the music business. “I learned that a performance like one of mine is a lot like a NASCAR team.” How, you might wonder, are Eli’s swooning piano runs and gravelly vocals like auto-racing? “You watch one person drive the car, but there’s a whole team of people making sure it stays on the road.”

When he speaks in metaphors like that, you of course have to wonder when Eli will release a new record of his original songs. Somehow, in all his hours on the road this winter and spring, Eli has found the time to keep writing original music. Every minute that he can, he is composing new work. Everywhere he goes, people ask about a new recording. “As soon as possible,” he says, as excited as his fans about it. “It’s going to be a blast.” He tries out his new material at every gig, and so far he has gotten a warm reception. The album will be available later this year.

You may not catch this piano man playing a coffeehouse in Door County this summer. But you will have plenty of other opportunities to see and hear him, and he will be thrilled, as always, that you came. Of this whirlwind year, of his plans for the summer, of the response from his fans, Eli says, “I’ve been chasing this idea for nine years. I feel blessed.”