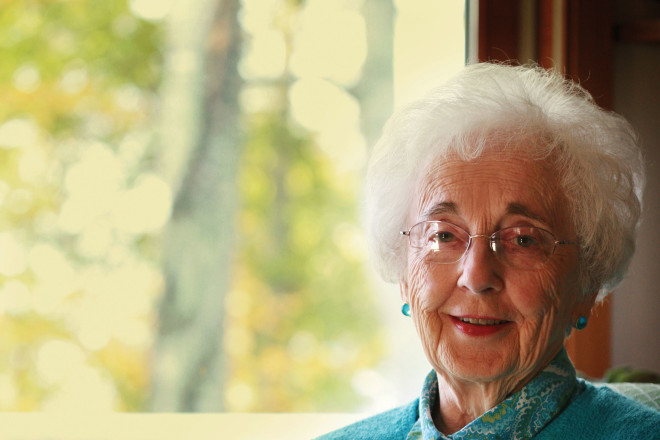 These winter-themed poems by Door County’s Poet Laureate showcase her talent, as well as the power of poetry.

Some days sun settles into the bay gently,

over the pale sky and silken water

like the pure melodic line of a Chopin nocturne.

Other times she is Carmen who erupts

out of dark clouds to dance a fiery dance,

tossing her bright skirts with abandon

in the air over churning water.

In the opera of deep winter she is the sorceress Medea

who wins the day’s last battle with the Snow Queen,

sending a river of blood across the Ice Palace courtyard

to bring down the curtain of night.

backlit by the soaring moon.

I stand in the darkened room,

on the snow just beyond the window,

O magic night! I want to

throw open the window, step out,

and dance in your floodlit space!

I drink a long draft of your moonshine

and carry it in my veins

where it will intoxicate my dreams!

Originally published in All in Good Season, Beach Road Press, 2005

Vivaldi On a Starry Night

Finishing in the kitchen,

I delight in music

coming from the other room.

the Gloria in rehearsal.

The mail is in its box.

stretches up to touch

in the eastern sky.

quite takes my breath away

as I walk the country road

Dark spirits of the day dissolve.

Light hearted I walk back.

Could you have dreamed that

you would fill a woman’s heart with joy

on such a crisp and wintry night as this?

rises from the garden

A gray army of waves

marches across the bay

under the command of General Wind

who wait for snow

to lay a blanket over them

How many brush strokes

to dab each twig of the cherry tree?