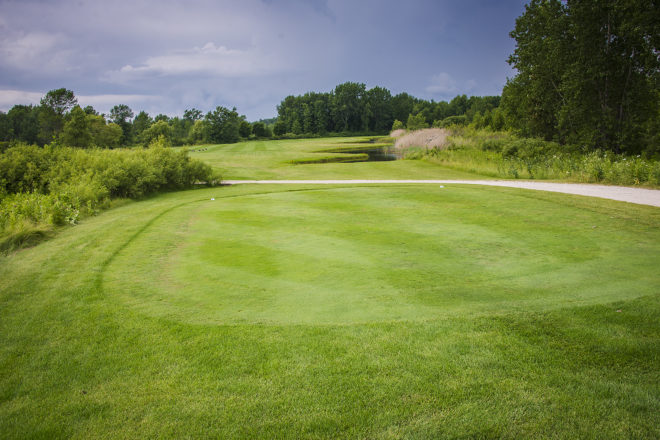 Golf is supposed to be relaxing, right? Being outside and enjoying the beauty that Door County provides is very soothing. However, there comes a time when a hole just has your number. No matter how many times you play it you feel deflated and wonder why you play this game. Throughout the season the Peninsula Pulse will spotlight some of the toughest holes in Door County.

No. 5 at Idlewild can ruin your round almost from the start. A series of four easier, warm-up holes precede this tricky par four.

A doglegging fairway calls for a subtle left-to-right ball flight, but be careful to avoid a slice. Lining the right side is a marshy water hazard where golfers not only lose strokes to penalty, but possibly balls, shoes and playing partners to the impervious, swamp-like thicket. So keep it straight or left, which oddly seems easy enough.

Unfortunately, anything driven left of the devious right edge greatly lengthens the ensuing approach shot, likely the most important for a golfer wishing to par the toughest hole on the course.

A lengthy look toward the pin might leave golfers to forget about their final foe – a small creek yards short of the landing zone. The creek is tiny, but wide enough and close enough to the green that a lay-up shot in concerns of safety is the realization that many golfers are forced to find.

And from the fairway, the green appears rather flat – a single, noticeable niceness. However, there’s also this 100-foot tree that golfers must dodge left of while grabbing a hint of the green without grabbing the lone greenside bunker. There is plenty of room to ruin a round all over No. 5. 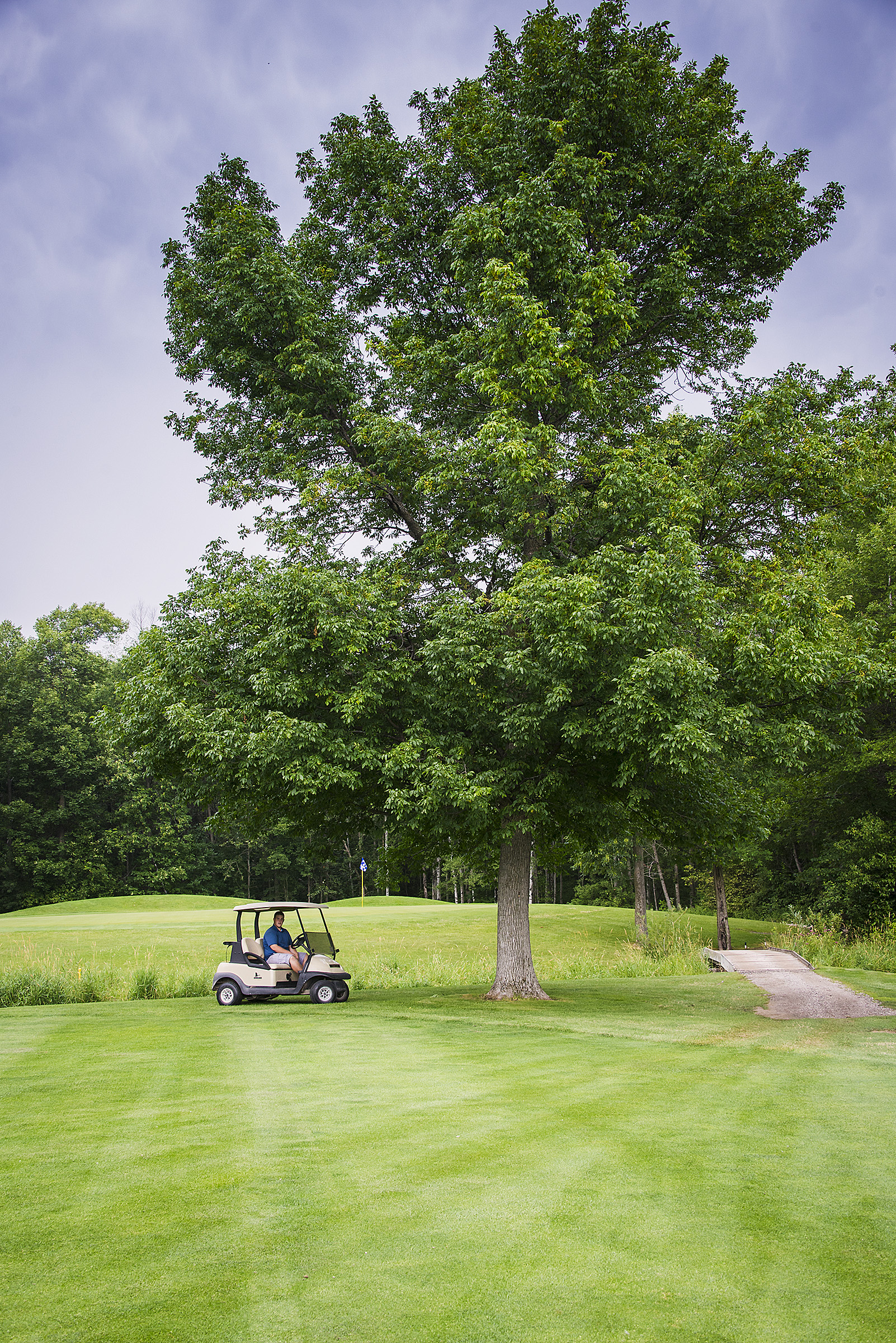 In sizing up the hole against the toughest in the county, University of Wisconsin – Green Bay golfer Cam Fuller doesn’t think there’s even a comparison.

“Number five is much tougher,” Fuller said. “I’ve seen plenty of people dump balls in the water right or lose their ball left or come up short of the green and go in the hazard.”

Zones of danger prompt decisions, and among the many obstacles, No. 5 at Idlewild forces golfers to meet their decision quota far before they reach the green. From there on, it’s really anybody’s guess and, many times, everybody’s story.

“It’s sometimes the topic of discussion after a round in the pub and grill,” Idlewild Head Golf Professional Randy Meyer said. “This hole has single-handedly spoiled many good rounds.”