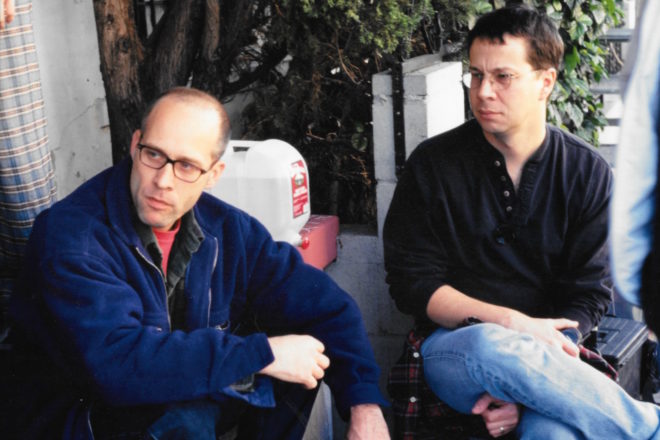 Playwrights, filmmakers, dancers, sculptors and other artists will come together to share ideas and creative energy at Björklunden June 12-19 as part of the inaugural Door Kinetic Arts Festival. The festival will include opportunities for the public to participate in discussions and workshops, as well as attend readings, performances and film screenings for projects developed by world-class artists.

The festival’s founder is Eric Simonson, a part-time Door County resident and playwright of the Broadway play Lombardi. Simonson has been nominated for several awards, and won an Oscar for his 2005 documentary film A Note of Triumph: The Golden Age of Norman Corwin. He has also worked in opera, theater and film. His experiences in various media, particularly his work in adapting books for theater and opera, inspired the creation of a festival celebrating artistic collaboration across disciplines. 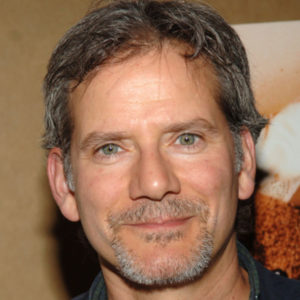 While the project has been in the back of Simonson’s mind for about a decade, it really began to take shape during the fall of 2015.

“About a year ago I mentioned the idea to Alan [Kopischke], and over the winter break I met with Mark Breseman [Executive Director at Björklunden],” Simonson said. “Door County has always inspired me in my own work, and I just wanted to share that with other artists.”

“This is something Eric’s been talking about for a while, to bring together creative artists in the development of new work,” said Kopischke, the festival’s executive director. “Hopefully they will inspire each other, feed off each other’s creative energy.”

Simonson, a Lawrence University alumnus, was well aware of Björklunden and its potential to host such a gathering of artists. The property has plenty of space to perform and rehearse, and the ability to provide meals and housing to all of the attending artists.

“It seemed like a good sort of marriage,” he said. “Especially since Björklunden is so dedicated to the idea of broadening horizons and to teaching…It’s exactly the place I want the artists to hang out.”

In addition to working with each other, the artists will have the opportunity to interact with the public in discussions, classes and workshops.

“I’m very excited about Rick Cleveland’s workshop,” said Simonson. “He’s a writer, a huge writer for television. He’s worked on West Wing, and is currently on The Man in the High Castle.”

As Simonson understood it, Cleveland plans to present a hypothetical television show and then put together an entire season for that show.

While most of the festival’s events are open to any and all attendees, Cleveland’s workshop is limited to 10 participants.

“Rick wants serious writers,” Simonson explained. “They can be amateurs, but they have to be serious.”

Simonson himself will lead a weeklong seminar called “The Grand Synthesis,” which will look into the ways artists have reached beyond the boundaries of their own medium, borrowing concepts from other art forms. Simonson is particularly eager to talk about the work of contemporary artists such as Lin-Manuel Miranda.

In addition to workshops, there will be dance performances, a lecture on kinetic sculpture, and screenings of short films, including the world premiere of The Fold, written and directed by Campbell Scott and specially commissioned for the festival. 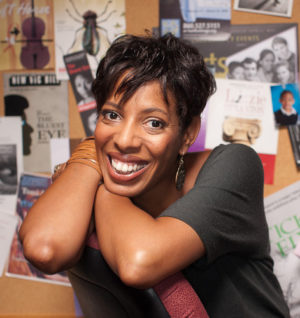 All of the festival’s events are free and open to the public, though registering for the workshops is recommended. Simonson stressed that the festival is intended to promote art in its many forms, and to do so in a way that is accessible to and enjoyable for the surrounding community.

“There’s a broad range of different kinds of art and stories that are being told [at this festival],” Simonson said. “Ultimately when anybody goes to see a performance of any kind you go to be entertained and inspired.”

Kopischke sees the festival as an opportunity for people to see what it takes to create works that do just that.

“I hope they [the public] will get a sense of the creative process…of the multiplicative sense of energy that happens when you get all these people from different media working together on their creative exploits in this creative environment.”

All events are free, though donations will be accepted

A Choreographic Mind, a Dance Workshop for Older Adults (50+), 2pm

The Uncertainty Principle of Let’s See What Happens, 6:30pm

The Uncertainty Principle of Let’s See What Happens, 11am