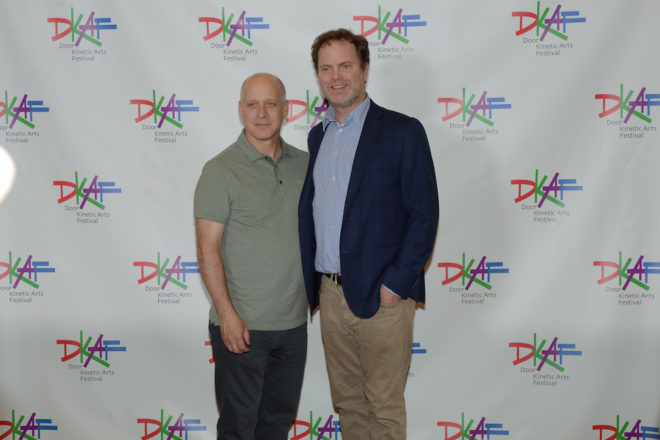 The Door Kinetic Arts Festival (DKAF) is open for short film submissions for its fourth annual fest, June 9-14 at Björklunden in Baileys Harbor. Short films in animation, documentary and narrative films of 40 minutes or less are eligible and films shot in Wisconsin or by Wisconsin filmmakers are sought for special recognition. Submissions prior to the early bird deadline of Nov. 1 have the lowest submission fees.

Selected films are screened the first two nights of the festival and occasionally paired with some of the festival’s othering events during the week. DKAF brings nationally recognized artists working in a multitude of disciplines to assemble in Door County in the spirit of collaboration.

Participating filmmakers enjoy screenings of their films before an appreciative audience of creative artists mixed with members of the public, and an opportunity to discuss their film with the audience. They have access to the resident creative artists, their processes and their work.

In previous years, DKAF has presented screenings of commissioned films, Oscar nominees and winners, and a special screening of Thom Pain, with Rainn Wilson in attendance to discuss his performance. Regular screenings have included films from all over the world, around Wisconsin, and right in Door County.

Filmmakers may submit any time prior to March 21, but the nominal submission fee goes up as the final date approaches. For more information and to submit a project, visit doorkinetic.com.