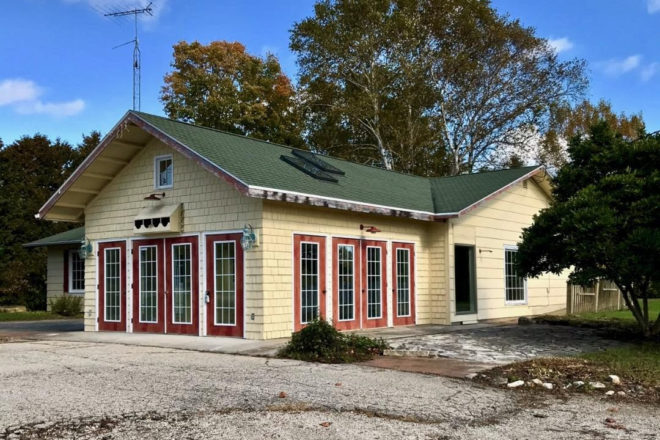 Thanks to the generosity of an anonymous donor, Door Shakespeare will be celebrating its 25th anniversary year in a home of its own.

In late November, the theater company took possession of the building at 10038 Hwy 57 in the Town of Liberty Grove. Perhaps best known as the original site of Celeste Wegman Interiors, it will house the theater’s administrative offices, box office, costume storage and rehearsal space. Amy Ensign, managing director, and Michael Stebbins, producing artistic director, began settling into their new surroundings in December.

Door Shakespeare’s move comes after many years in downtown Baileys Harbor, the last six in a building that fronted Highway 57. Ensign learned early in 2019 that the theater company’s lease would not be renewed in 2020 and was concerned that it wouldn’t be able to find another building with the visibility of its former office. However, a property came up that seemed to fit the bill.

“We’ll be experimenting and learning how to use the space throughout the year,” Stebbins said, “but it’s very exciting to have the prospect of perhaps hosting small events or gatherings in our own home.”An open house and ribbon-cutting ceremony are being planned for the spring.