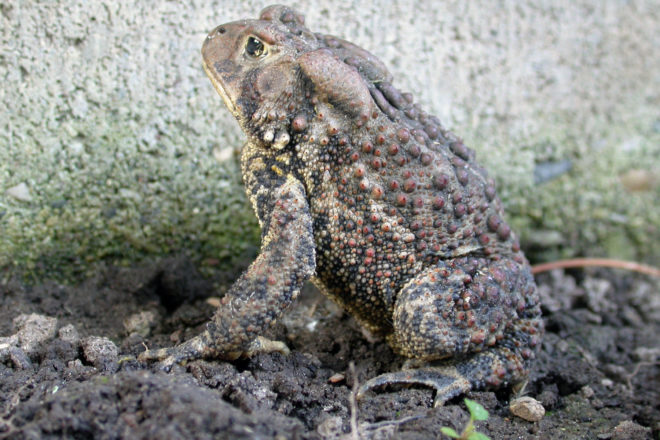 I taught a class with Don Quintenz at Lawrence University’s northern campus, Björklunden, the week of Oct. 1 – 5. Our students spent much time hiking and exploring many natural areas, parks and preserves to examine the plants, trees and mushrooms growing there.

On several occasions we heard the far-reaching “peEEP peEEP” song of the spring peeper. The sound is a little like a bird and can confuse people. The fall migration is in full swing, maybe a little past its prime, but birds in autumn don’t sing like they do in spring when they are setting up breeding territories and trying to attract a mate.

The spring peeper, a wonderful singer in the wetlands as soon as they thaw in April, is a very small tree frog. Perhaps the singers in fall are first year males that are singing for their initial time and practicing for the huge lively concert that will occur in the nearest pond next spring.

We noticed an American toad on one of our hikes, as well. For most of the summer a medium-sized toad was found at dusk hunting for insects near my butterfly garden in the front yard. Crickets, June beetles, spiders and numerous other insects could be found at the borders of the concrete sidewalk and the soil of the flower beds. What a bountiful hunting area it enjoyed. I remember how we encouraged the toads to thrive in our big vegetable garden. We welcomed them to consume slugs, cutworms, armyworms and beetles that are relished by these amphibians.

Leopard frogs are so named because of the many brown spots on their body.

It has been estimated that in a four-month period one large hungry toad will consume up to 10,000 injurious insects. The toad’s flexible, sticky tongue, fastened to the front of its mouth, can lash out for a distance of up to two inches. Toads are more active at night but they must be able to detect movement, feeding strictly upon moving insects and other small creatures.

It is rather uncommon to see toads during hot summer daylight hours. Usually they will dig shallow burrows into moist soil with their strong hind legs, and then back into them. They will use the same burrow, often concealed by debris of plant matter, many times during a summer.

A few weeks ago, as I hiked at Toft Point with a friend, we were delighted to see several healthy looking leopard frogs. At one time we feared for their survival as so few were found. We had a rather dry summer and the wetlands these reptiles prefer were mighty shallow. The thing that worried me were the dried up wintering sites. Nearby Hibbard Creek was bone dry several weeks ago, but since Oct. 1 I have recorded 5.15 inches of rain (as of Tuesday, Oct. 9).

Roy told me years ago how abundant the leopard frogs were in the summer of 1971. They were so numerous along the wet margins of the swales in The Ridges Sanctuary that hikers had to be careful not to step on them. By 1975 the conditions had changed to the point where few could be found. This was happening throughout the country and in Canada. A possible bacterial disease referred to as red-leg syndrome had wiped out thousands. I’m so glad that some survived and are still in our environment.

Unlike the wood frog that can simply crawl beneath a rotten log and almost magically survive the winter or an American toad that digs itself backward down into the moist ground for the duration of the frigid months, the leopard frog depends upon water for wintering.

Their respiration rate gradually decreases to the point whereby they slowly sink to the bottom of a pond, stream or shallow lake and spend the entire cold season there. They usually don’t even push into the mud but simply remain torpid on the bottom. 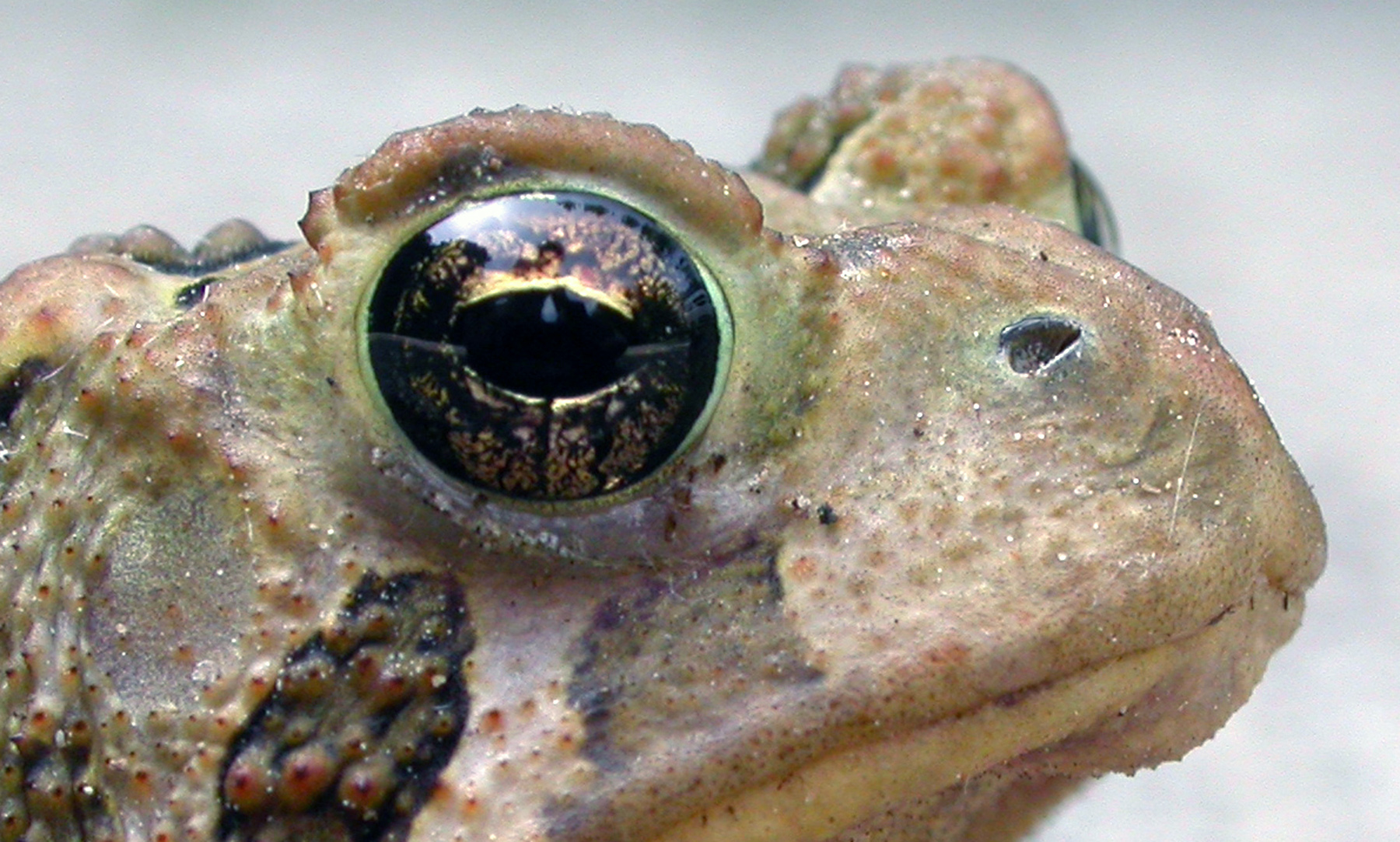 The eye of a toad is like a jewel.

The fact that adult leopard frogs are commonly encountered during the summer and autumn a mile or more from their required wintering bodies of water naturally leads one to ask the question, “How does such a small creature find its way back to these vital aquatic winter sanctuaries?”

One possibility is related to wart-like light-sensory structures called pineal eyes that are located on the top surface of the head between the eyes of leopard frogs. It has been theorized that turtles, too, can detect the presence of ponds from considerable distances by the light reflected from the pond’s surface onto low atmospheric layers of humidity in the sky above them.

But back to toads. Another point I have wondered about is where the small- to medium-sized toads in my flower garden have come from. Presumably they have slowly hopped from the nearest body of water, either Lost Lake nearly two miles away or Hibbard Creek, about a mile from here. Once they reach breeding age and size I presume they will return to these wetlands that are needed for egg laying and for survival of the developing tadpoles.

Shakespeare wrote, “Sweet are the uses of adversity, which like the toad, ugly and venomous, wears yet a precious jewel in his head.” I will agree that the eye of the toad has to be one of the most beautiful and jewel-like of all animal eyes.

But you needn’t take my word for this. It’s easy enough to catch a toad, look it squarely in the eye and prove it to yourself. Don’t be too surprised, however, if this harmless little creature urinates in your hand. Such a slow-moving amphibian must have some means of defense!

Should you get too rough with the toad it is likely to secrete a milky poison over its body. This substance can cause considerable pain if it should get into your eyes. A dog will rarely attack a toad a second time, for if the poison gets into the dog’s mouth he will squeal and roll over and over on the ground.

Toads can also “play dead.” Their warty, soft brown skin enables them to blend very well with the ground color. Wisconsin has only one native toad, the American toad (Bufo americanus).

This welcomed rain in fall will not only help the frogs and toads, it will also benefit the trees which need moisture in their root systems as winter approaches. We will have to wait about six months before the far-reaching calls of hundreds of spring peepers and American toads bring the spring mating season back to life.