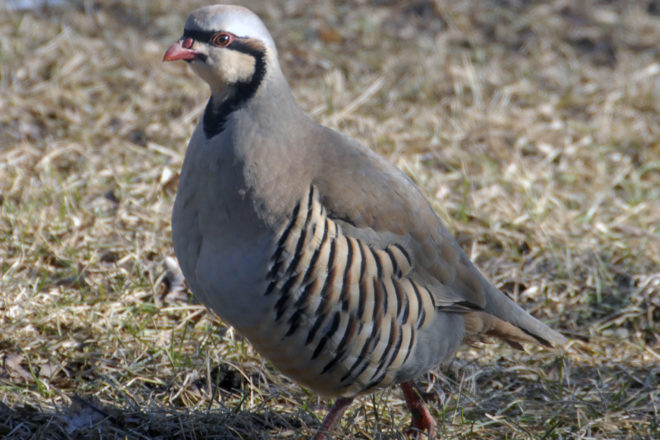 We visited my parents in March 1996 when they lived in the Phoenix suburb of Sun City, Arizona. My father was fascinated with the Gambel’s quail in their neighborhood. The black, curved topknot on their heads made them look a bit comical. They are native to the deserts of California, Arizona and New Mexico.

Quail are part of the pheasant family, and most species are western birds. The northern bobwhite is our only eastern quail and is close in size to the Gambel’s 11 inches. Most of the bobwhites now live in the southwestern part of Wisconsin, but their population was quite extensive in the entire southern half of the state in the mid-1800s, before European settlement and the overhunting pressures of the late 1800s.

It is considered a nonmigratory game species, as are the wild turkey and ruffed grouse. The quail’s preferred habitat is shrubby forest edges, hedgerows, open woods and weedy, old fields. In autumn they form large groups known as coveys and roost on the ground.

Changes in farming over the decades have reduced the bobwhites’ habitat by eliminating hedges and brushy fence rows, leaving little winter cover or food, and expanding small agricultural fields to hundreds of acres of corn with few natural hedgerows.

Bobwhite quail nest on the ground in a shallow depression with weedy or shrubby growth sheltering the site. The clutch size can range from seven to 28 eggs, with an average of 12 to 14. The female does most of the incubating, but the male may also do the egg warming. The eggs hatch in about 23 days, and the young are up and running right away. Both adults take care of the brood, and at 14 days old, the chicks can fly.

It used to be a rare sight to see any bobwhite quail here in Door County, but hunting clubs are now raising them, and they are being released on Washington Island. These quail are more common in the southeastern parts of the U.S.

Another species that is uncommon in the far north is the ring-necked pheasant, a native of China that is also raised and released in Door County for hunting. The first pheasants were brought to this country and released in Oregon in 1881. Wisconsin’s introduction to the species occurred in Waukesha County in 1916, and they soon spread to Jefferson County.

The bobwhite and pheasant both suffer during harsh winters and rainy, cold springs. Former good breeding and wintering habitats have been reduced, so captive breeding must be done to maintain the populations. The Wisconsin Conservation Department began a pheasant-propagation program at its Poynette game farm in 1928 that continues to this day.

I remember my late husband, Roy, telling me how numerous the gray partridge (also known as the Hungarian partridge) were in eastern Kewaunee County during the 1940s – brought in from Eurasia in the early 20th century. Like the pheasant and bobwhite, the gray partridge prefers grassland and fallow-field habitats, but it requires shorter grass than the others.

Our Southern Door Christmas bird counts, dating to the late 1990s, used to find some in the set-aside cropland south of Brussels, but none have been found in recent years. Occasional reports of gray partridge have come in from eastern Brown County in recent years, but the population seems to be at a very low level now.

Another introduced species is the chukar. It was new to me until March 2011, when an acquaintance called to tell of an unusual bird in far northern Door County. We drove up with camera in hand to find one chukar walking around the yard, apparently looking for something to eat.

It seemed very tame, as if it had been released from captivity. Roy was able to get some good photos of it, but we never heard how long it stayed in the area. A few years later, someone called from southern Door County to describe a strange bird: again it was a single chukar.

This native Asian species was widely introduced to America, primarily in the desert southwest. It was found mainly where cheatgrass and water were available for the rearing of young. Once you’ve identified this beautifully marked bird, you will know it when you see another.

We try to preserve our native wildlife and hate to see invasives enter our ecosystem, but these nonnative birds do not appear to be taking over and, in fact, may be struggling just to exist. Birders are always excited to see a new species, so if a chukar walks through your yard, you may have that experience!