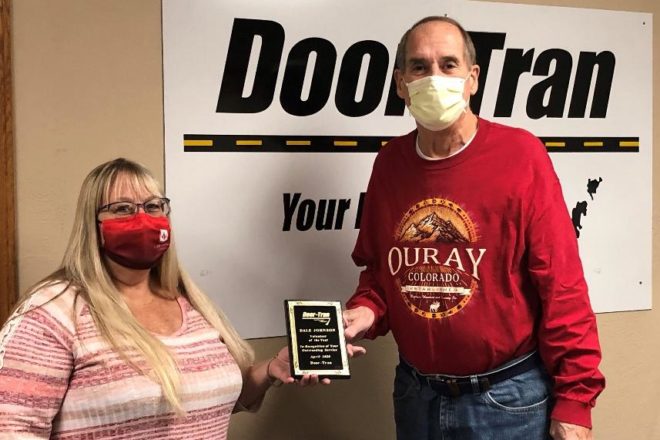 Door-Tran named Dale Johnson its Volunteer of the Year. Submitted.

Johnson and his wife, Michele, became Door-Tran volunteer drivers in March 2015. There were no ride requests in their area for a few months, but when he was able to accept his first trip, it was actually three trips.

“From that point forward,” said Kim Gilson, volunteer coordinator, “no matter the weather or length of appointments, I have been able to call on Dale, knowing he will meet the opportunity to serve if at all possible.”

Gilson reports that many riders have requested Johnson as their driver, and he has helped some riders outside the program by picking up medications and checking on those who have needed extra help.