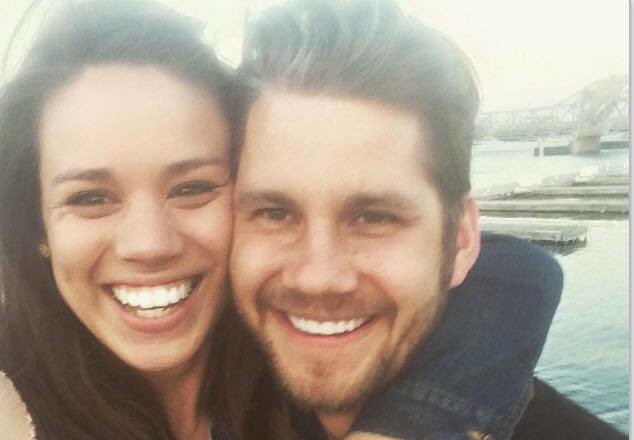 I love a good love story, but more than that, I love a funny love story. It’s a good reminder that you can find a partner in the strangest circumstances and places – just like the following Door County couples. 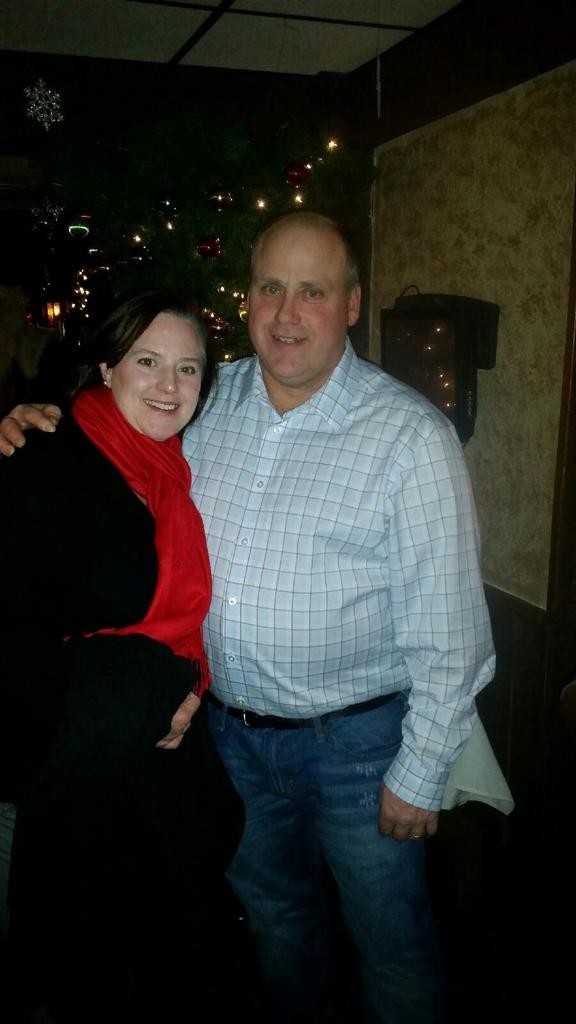 “Todd and I met when my family moved to Iowa and my dad bought a Dairy Queen. I was managing it and this guy would come through the drive-thru all the time that nobody wanted to wait on so I had to wait on him. It was Todd. Because Todd was disgruntled that the new owners started making the products the way they should be and not getting gigantic ice cream cones for the price of a small. So he would pull up in his rusty white truck…you could see through the floorboards down to the street in this truck and he was a welder so he was always dirty head to toe. He would take out his tape measure and say, ‘Well, I used to get cones this size for this much and now I get them for this size,’ so he was just really comical always. All the girls were like, ‘Oh my god, here comes the twist cone guy again.’ I would wait on him and for about nine months, he worked on getting me and I was kind of like, ‘Where’s my doctor? (laughs) Where’s the professional guy that I’m supposed to fall in love with?’ Finally a boy started working for me and he’s like, ‘You know, Todd is harmless, he’s a great guy. You should just go out with him on a date and just be done with it and he’ll stop bugging you.’ [Todd] also was a racecar driver so I was like, ‘Is he after me for my sponsorship?’…I finally said yes to a date…so we got to meet at a restaurant and when we got there, this boy who worked for me was like, ‘There’s Todd,’ and I’m like, ‘Where’s Todd?’ and he was like, ‘He’s right in front of you…he’s the guy without the hair!’ and I had never seen him without his hat on. He laughs about it but I say, ‘That is when I knew that was it. I knew you were the one.’ I thought he was just so confident to meet me the first time on a real date and not have his hat on. He thinks it’s so goofy but I saw his blue eyes and no hair and I’m like, ‘Oh my god, that’s Todd.’ We’ve been married since 2001.”

It was a botched graduation cake order, napkin and the concrete paradise that is Sam’s Club that brought together Justin and Stephanie Skiba on a fateful day in June 2007.

While waiting for the cake to be ready, Stephanie and her mom decided to grab lunch at the store’s café – a decision that would put her within eyeshot of her future husband, who was training a new cashier.

“I never thought I should try to be attractive about this so I got a giant, fatty meatball sub and as I’m sitting there, I was looking around because there’s not much to look at because everything is cement in that building. My eyes catch Justin and I was like, ‘Oh my gosh, he’s so cute,’” Stephanie recalled. “I’m trying to be really neat and tidy as I’m devouring this sub, trying to be semi-attractive until finally he looks at me. But he looked away right away. I thought, okay, he’s not interested. I look at him again and he looks at me…it was eye tag. I was kind of laughing, snorting and eating all at once and my mom was like, ‘What’s going on?’ I said, ‘Look at this guy!’ and she was like, ‘Oh my gosh, he’s so cute,’ and I was like, ‘I know!’ Then she goes, ‘You should give him your number!’”

Having just graduated, Stephanie was feeling particularly bold. She found the only napkin that wasn’t covered in marinara sauce, jotted down her name and house number, and strode confidently toward Justin (“She started coming near me and I got really nervous,” he laughs).

Then, she saw his facial hair.

“I was 18 so a lot of people that I hung out with didn’t have facial hair. I’m thinking, ‘This guy could be 30!’” So instead of introducing herself, she handed him the napkin, said, “This is for you,” and walked quickly back to her mom.

“I should mention,” Justin adds. “That when she was coming towards me, she looked a lot younger and I was like, ‘Oh jeez.’”

“A couple days went by and I called her and her mom answered,” Justin said. “I had to explain I was the guy from Sam’s Club.”