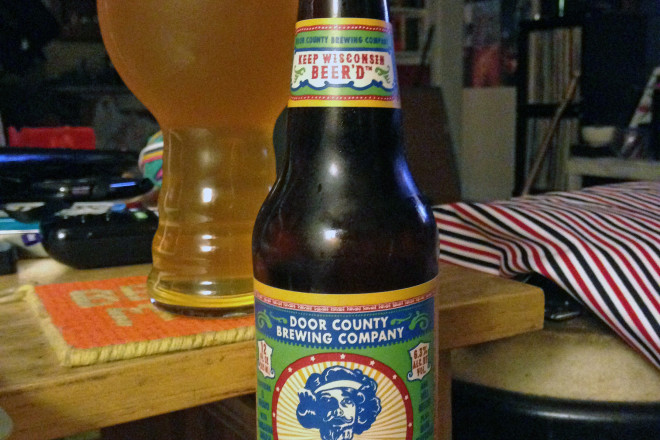 Last summer the biggest name in beer erased its name from bottles. Budweiser changed its name to America for the summer of 2016, seeking to capitalize on patriotism to sell a beer whose sales and stature have slipped as drinkers increasingly turn to craft beer and wine to quench their thirst.

Over the years Budweiser has blanketed cans in the American flag, lines from the “Pledge of Allegiance” and lyrics from “The Star-Spangled Banner.”

This summer they’re back at it, adding military-inspired camo cans to the promotion in what the company says is an effort “to inspire drinkers to celebrate America and Budweiser’s shared values of freedom and authenticity.”

Authenticity is a funny word to use for a beer whose parent company is Anheuser-Busch (AB) InBev, a Belgian conglomerate that owns more than 200 beer brands.

No doubt many of the brand’s loyalists will eat this up, as will fans of other macro brews that use the flag to move kegs. “’Merica!” they’ll cheer with a Miller, Bud or Coors in hand as they mock the hop-heavy, barrel-aged, goofy-named microbrews for guys on bikes in man-buns.

Budweiser, Miller, Coors. That’s American. Except for one thing. They’re not.

“Your cheap beer is coming from another country,” said Deb Carey, founder of New Glarus Brewing Co., makers of the beloved Spotted Cow. “Miller and Coors are both brewed by South African Brewing and Bud is owned by Belgian breweries. The guys with the cheap beer will be the most vocal, all America. Well, you vote with your beer.”

Now, the big brewers still generate billions of dollars in the United States, employing salesmen, truck drivers, brewers, and a lot of marketing experts. But at the end of the day, the profit trickles up and out of the United States.

The CEOs of your craft breweries, on the other hand, almost always live in the community where they’re brewed, paying local taxes, supporting local infrastructure, putting a float in your 4th of July parade.

“We’re an important part of the economy,” Carey said. “As a craft brewer you’re investing upwards of $2,000 a square foot in infrastructure, plus employees. You’re making an investment in your community.”

Craft breweries are buying local cherries for fruit beers and working with hops farmers to bring the crop back to Wisconsin in a sustainable manner. They’re spurring innovation, revitalizing run-down neighborhoods, and spurring tourism. They are what Budweiser long ago ceased to be – authentic.

In the early 1990s, a little more than two percent of all beer sold in Wisconsin was craft beer, largely from Point, Capital and Leinenkugel’s. This was in part because macro breweries had a stranglehold on distribution. Today, craft beer sales make up more than 12 percent of all beer sold in the United States and has been growing steadily, and small brewers are fighting every day against efforts to tip the scales in favor of big breweries.

Don’t get me wrong, there are still plenty of reasons to drink macrobrews. Dan Carey, Deb’s husband and a man considered among the best in the world at his craft, says one of his favorite beers is a cold Coors.

“A lot of people working at large breweries have the same passion and consider themselves craftspeople,” said Dan, who began his brewing career at Anheuser Busch. “They started out as family breweries. When I first graduated I lived in Montana and used to do a lot of ice climbing. It was always nice coming out of the woods to have a nice cold Coors Banquet beer.”

If it fits your taste, drink whatever beer you like.

Just don’t drink it thinking you’re being patriotic. If patriotism spurs your taste buds, head to your local brewery.

For a taste of more than 180 craft brews this weekend, head to Baileys Harbor on Saturday, June 17 for Door County Beer Festival. You can find more information on the represented breweries and the festivities at http://doorcountybeer.com/.