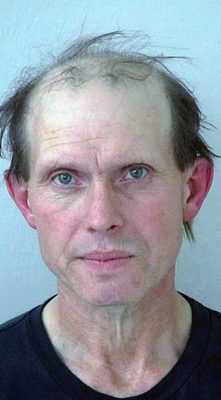 Door County Sheriff Steven Delarwelle credits the recent combined efforts of the DEA, U.S. Postal Inspection Service, Department of Homeland Security and the Door-Kewaunee Drug Task Force for a successful operation that resulted in the Sept. 21 arrest of Kevin Anschutz, 51, in the Town of Jacksonport on numerous drug-related charges. Investigators of the Door-Kewaunee Drug Task Force were initially alerted by federal authorities in California that a U.S. Postal package containing a quantity of heroin had been intercepted and was destined for an address in the Town of Jacksonport. On the afternoon of Sept. 21, Drug Task Force investigators and federal agents executed a search warrant at the residence of the addressee, after the suspect claimed the package. A subsequent search of the suspect’s bedroom yielded quantities of suspected heroin, methamphetamine, psilocybin mushrooms, prescription narcotics and marijuana as well as digital scales, packaging materials and a firearm.