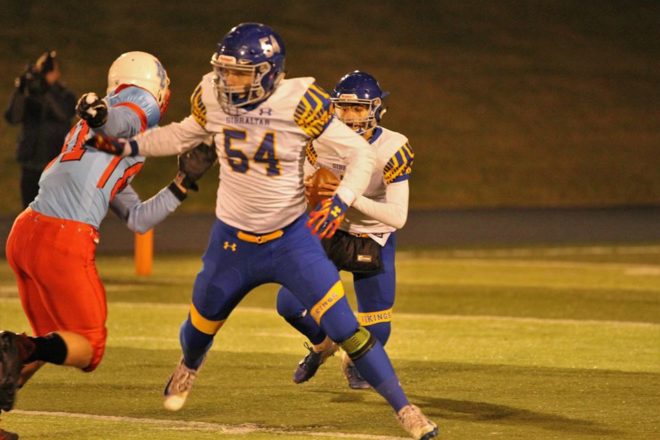 Gibraltar senior Connor Duffy has been chosen to play on the Wisconsin Football Association’s South All-Star Team this year.

“The honor of being chosen to play in this game is twofold,” he said. “I will have the opportunity to play football with some of the best high school players in the state. Second, and most importantly, I get to make a difference in the lives of other kids by raising money for Children’s Wisconsin.”

The Children’s Wisconsin organization has helped his own family. On May 16, 2017, his brother – who had been diagnosed in 2014 with severe aplastic anemia – received the gift of life through a nonfamily-donor bone-marrow transplant. The All-Star Charity Football Game will be held July 18 at the J.J. Keller Field at Titan Stadium on the UW-Oshkosh campus. To contribute to Children’s Wisconsin, visit giving.childrenswi.org/events/wfca.