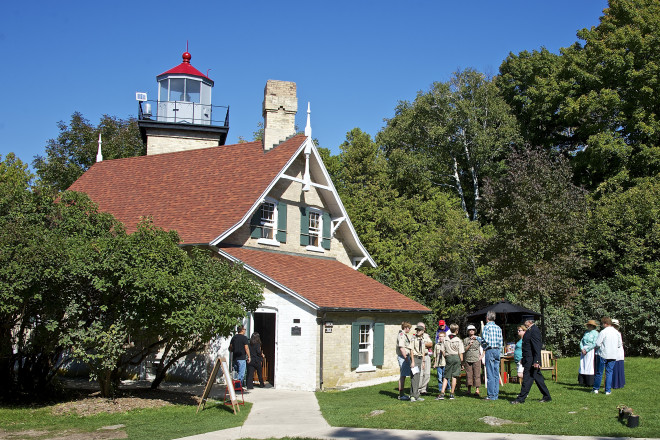 Like so many people, Ruby and Wayne Lemburg were drawn to Door County by their love for the water and boating. They were also interested in lighthouses. “It was a big thing,” Wayne says. “You could hardly pick up a magazine without seeing a lighthouse story.” So, on their first trip to the peninsula, years ago, they visited Eagle Bluff Lighthouse. 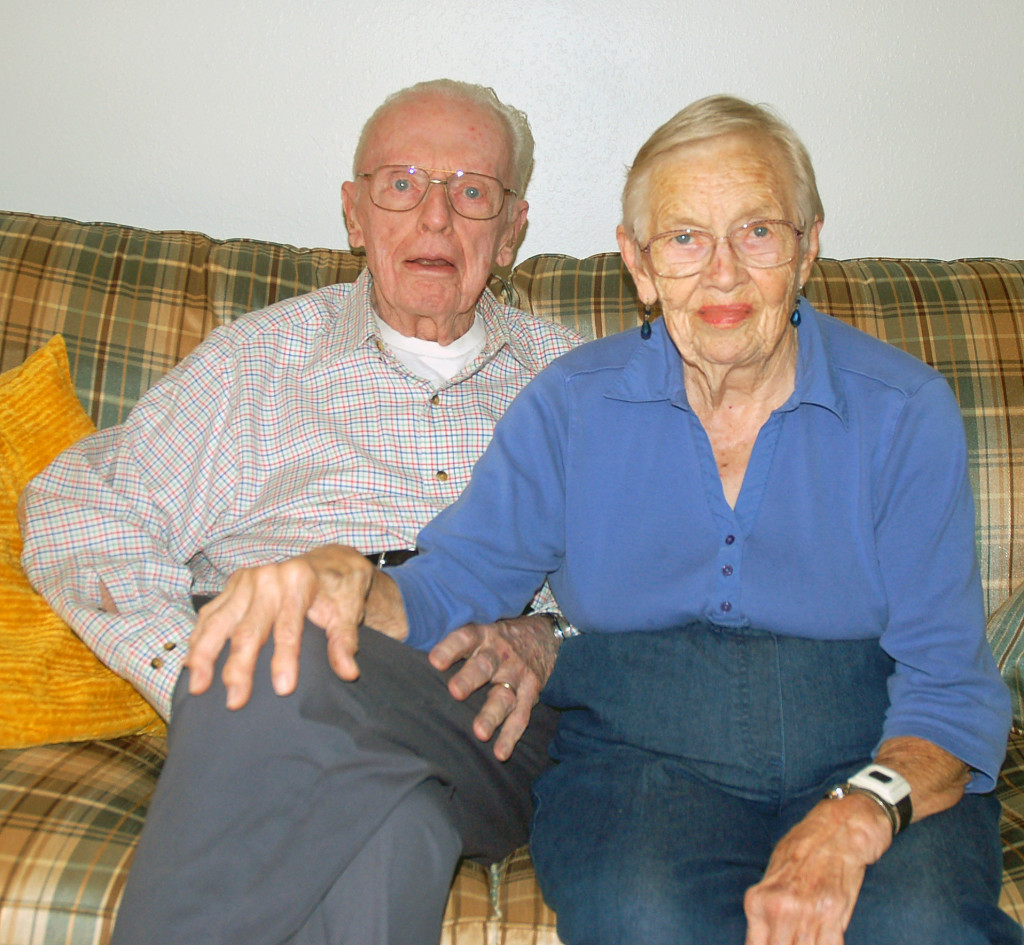 “There was a high school girl at the desk collecting the 50-cent admission fee,” said Wayne. “People walked around and looked at the antique furniture, but they were on their own, not really knowing what they were seeing or learning anything about the lighthouse or the families who lived there.”

Fast forward to 1989. Wayne retired as executive vice president of the American Marketing Association (AMA) in Chicago, where the Wayne A. Lemburg Distinguished Service Award was established in his honor. He also left his job teaching marketing at the University of Illinois-Chicago. Ruby, too, retired as AMA’s conference registrar, and they bought a sailboat and a home on Kangaroo Lake, just south of Baileys Harbor.

Like so many retirees who had been used to a busy professional life, within a year Wayne was looking for something new to do. The ad for an assistant at Eagle Bluff placed by the curator, Peg Foster, seemed a perfect fit. “It didn’t pay much,” Wayne recalls, “but it appealed to me, and I decided to give it a try. There were just two volunteer guides at that point. I worked up a scenario for them to use on the tours we gave every 30 minutes.

“It was hard to get good guides to work for nothing. We started advertising the lighthouse tours for the first time, and we convinced the Door County Historical Society (DCHS), that had been leasing the lighthouse since 1960, that we needed to raise the admission price so we could pay the guides $1 an hour, later raised all the way to $1.50.”

Ruby, who had a career as a bookkeeper, volunteered to sit at the desk to answer questions and to keep records.

Peg Foster retired about a year later and recommended to George Evenson and Orville Schopf of the DCHS that Wayne take over the curator’s job. He was hired and began to spread the Eagle Bluff story. To personalize it, he wrote a pamphlet that sold for about a quarter, describing what life was like at the lighthouse during the era of the Duclons.

William Duclon was the longest serving of Eagle Bluff’s three lighthouse keepers. The Duclons lived at Eagle Bluff from 1883 to 1918, and their seven sons were raised there, sleeping in a single bedroom on the second floor. (Six of them brought brides back to live in the lighthouse. How they all fit into a three-bedroom house remains a mystery, especially with the smallest room, according to family legend, reserved for the annual visit of the federal lighthouse inspector.)

“There was so much information available,” Ruby says. “We were able to talk to the daughter of Charles and Edith Hickey Duclon, who was then in her 90s. She told us that the piano in the lighthouse was not her grandmother’s – that Julia Duclon’s rosewood piano was in the Door County Historical Museum in Sturgeon Bay. Wayne checked and found that the museum would be happy to get rid of it, and he arranged for it to come back home.” It was an important, historical addition, as Julia had instilled a love of music in all her sons and taught them to play a variety of instruments. The Duclon family band entertained at gatherings throughout the county.

In 1992, as the lighthouse became more popular and the work load increased, Ruby, who had been volunteering her time, was hired as Wayne’s assistant. Eagle Bluff Lighthouse was built in 1868 and had been on the National Register of Historic Places since 1970, but it had been “terribly neglected,” Ruby says. “Plaster was falling off the walls, the tower was leaking, and there was water in the basement. We had a new roof put on and a vapor barrier and new concrete floor installed in the basement. The lower part of the tower had been used as a dumping place. We got rid of all the trash and cleaned it up.”

“More people began coming for tours,” Wayne interjects. “We developed a following with motor coaches, especially from Green Bay, but they would just show up. Ruby began booking them with reservations for 45-minute tours. The lighthouse also got a lot of business from the Door County Trolley. All visitors were required to tour with a group. Ruby also expanded the kinds of merchandise – souvenirs and publications – available for sale.”

Wayne retired as curator in 2001. There were 12 paid guides by then, many of whom stayed for years. Among those who served during the Lemburgs’ time at Eagle Bluff were Franca Barnard, Pat Cotter, Marcia Jennings, Chuck and Marilyn Johnson, Gertrude Meyer, Pat Oleson, Barbara Pedersen, Phyllis Turner, Karen Smuda, Barbara Southwell, Claire Schubert, Helen Ruberry, Bill Cecil and Phyl Mielke.

Mielke wrote a children’s book, Eagle Bluff Journal, 1895, told from the standpoint of Walter Duclon, the youngest of the seven brothers, who was just a year old when his family moved into the lighthouse in 1883.

Bill Cecil was hired to take Wayne’s place as curator, and Ruby stayed on through 2008 to assist him. In 2009, the Lemburgs moved to Scandia Village. They haven’t been back to Eagle Bluff since they retired, but they have many fond memories. “Those were good years,” Ruby says. “We enjoyed our time there.”