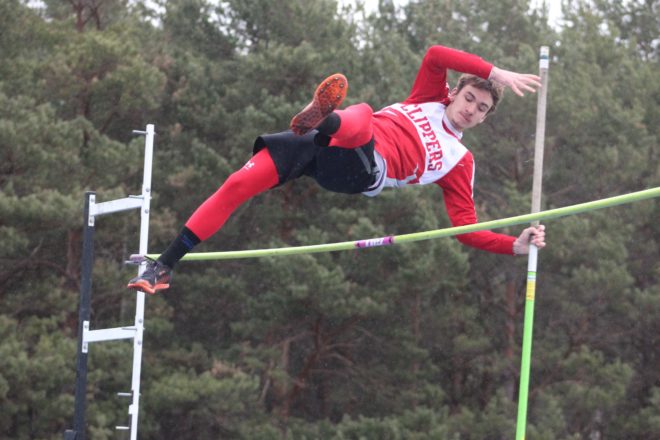 With team points of both the boys’ and girls’ results combined to determine the winner of the Harris Cup – named after the late Chan Harris, longtime publisher and editor of the Door County Advocate – Southern Door edged out Sturgeon Bay by a single point for first, 191-190. Gibraltar was third with 101 points, and Sevastopol fourth with 37.

The top individual point total among the girls came from Southern Door junior Brooke Strege with 18. She placed first in the 800-meter, 1,600 and 3,200 runs.

Two Eagle boys topped the individual point standings at 18: Freshman Ben Grota won the 800, 1,600 and 3,200 runs, and junior Kaden Borkovetz topped the 110 hurdles and long jump, and placed second in the 200 dash and fourth in the 300 hurdles.

Gibraltar senior Angel Jauregui had the third-highest individual point total for the boys at 14.5 after winning the 400 dash, coming in second in the long jump, placing third in the triple jump and being part of the winning 4 x 200 relay team.