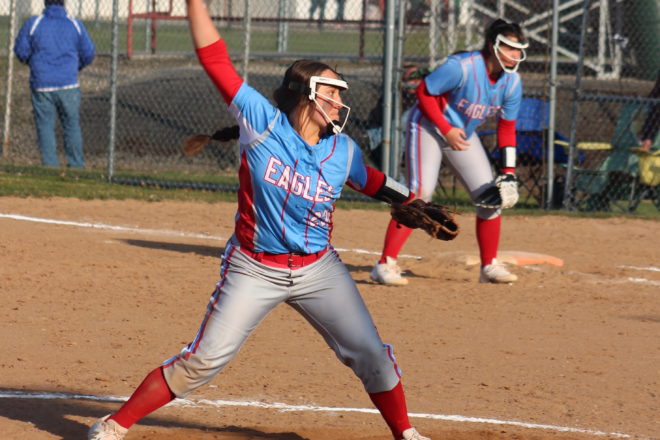 The Southern Door Eagles swept the baseball doubleheader at Memorial Field. They won the first game that counted in the Packerland Conference standings, 18-5.

Tyler Neinas recorded the pitching victory for the Eagles.

The first softball game next door at PBI Field lasted six innings, with the Southern Door Eagles shutting out the Sturgeon Bay Clippers, 11-0.

Southern Door did all of its scoring in two innings, with six runs in the second and the other five runs in the top of the sixth. Ashlyn Delfosse, who led the Eagles with three hits, also recorded the shutout pitching victory.

Sturgeon Bay’s best opportunity to score came in the bottom of the second, when the Clippers left the bases loaded in the only inning during which they advanced a runner to third.

The two teams then played a reserve game, with the Eagles winning in five innings, 15-2.