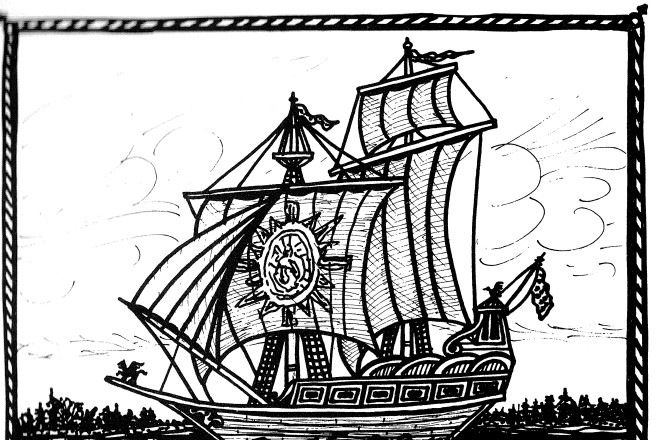 Nearly 200 years before Increase Claflin found his way to Little Sturgeon Bay and Asa Thorp built his sturdy cabin upon the shores of Fish Creek harbor, there were a group of men who visited the rocky shores of the Door Peninsula. Some were explorers bent on finding passage to the Orient and beyond, others were missionaries brimming with the word of God, and others were the legendary voyageurs, intent on wealth and adventure. 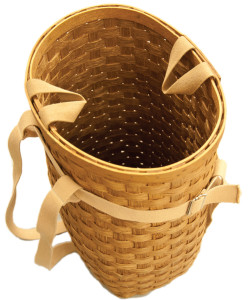 These men did not come by wagon, train, or even on foot. They came through the deep, rolling waters of upper Lake Michigan. They came in canoes, sometimes reaching 40 feet in length. They came clad in leather leggings and moccasins, calico shirts, and carrying knives and tobacco at their sides. They came to explore, to trade, and to leave in their wake a legacy of the beautiful peninsula we call Door County.

In the early 17th century, when explorers of the American North struck out into the vast, uncharted waters and woods of the wilderness, it was not in groups of soldiers led by marching men and wagons. Samuel Champlain, the governor of New France and founder of Quebec, learned early on that traveling in small bands was the way to create lasting relationships with the natives and travel with safe passage through the territory that would someday become Michigan, Minnesota, and Wisconsin.

When Champlain heard of the people called the Winnebago (people of the stinking water) living far to the west, he hoped in vain that these were natives living on the shores of the sea, and that perhaps he may charter a route to the Orient. As such, he enlisted the explorer Jean Nicolet to journey to Lake Michigan via Mackinac Island and eventually to the Door Peninsula.

Nicolet is credited with being the first white man to land on the shores of the Door Peninsula in 1634, and his voyage is considered to have been remarkable by historians. According to Hjalmar R. Holand, author of Old Peninsula Days, “Nicolet had what money could not buy – a self-reliance and resourcefulness of the first quality.”

Into the rugged wilderness and extensive waterways, Nicolet took only a birch bark canoe, pemmican, and a few Native American guides to help him navigate over  1,000 miles which would eventually land him on the shores of the Door Peninsula. Since Nicolet’s own journals were lost, there is no indisputable evidence where he landed along the peninsula, although some historians agree that he would have stopped at Rock Island and Eagle (Horseshoe) Island.

According to the tradition of the time, Nicolet sent his guides ahead to tell of his coming arrival at Red Banks where a sizeable Winnebago settlement of approximately 3,000 people resided 10 miles northeast of what is now Green Bay. Nicolet believed that he may have found China, so intending to impress and lay claim to his finding, he dressed in Chinese robes with a pistol in each hand, firing his guns as he landed. Needless to say, he made an impression. Other explorers and fur traders would not arrive en masse for another two decades, but Nicolet’s exploration and reports on the peninsula would pave the way for the future trade and settlement.

Iroquois on the Warpath

As English and French settlers began to populate the lands of the Eastern seaboard, Native Americans were pushed westward as their hunting grounds were exhausted by trappers and settlers. The Iroquois, in particular, sought new lands to populate and hunt and began to make war on other tribes who, in turn, also began to migrate westward, eventually settling in the Door Peninsula area. Among these tribes were the peaceful Potawatomi and Ottawa.

The Potawatomi established a settlement in the area of Heins Creek (current-day Jacksonport) which swelled to over 3,000 when neig 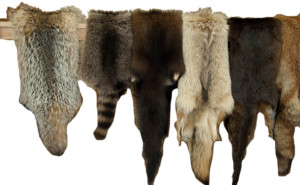 hboring tribes sought refuge from Iroquois on the warpath in the area. After routing the Iroquois at the Heins Creek settlement, called Mechingan, the natives celebrated and began to harvest a great deal of furs from the area to make trade with the French who were encamped at Montreal and Three Rivers. They transported their large sum of furs in a flotilla of canoes northward; this was to be the first shipment of furs to leave the Door Peninsula and would begin a tradition of steady trade between the French and the native tribes of the peninsula.

When the Potawatomi from Mechingan paddled their canoes into Three Rivers in 1665, there were two curious Frenchmen watching from the shores. What they saw so fascinated them that they decided there was great financial gain to be had at the hands of these natives and from their land. These men, Pierre-Espirit Radisson and Medart Groseilliers, followed the band of Potawatomi southward along the northern shores of Lake Michigan and onto the Door Peninsula.

These were the first of what would be many voyageurs to come to the peninsula in search of furs. Holand writes, “These two men were the first and boldest of the many fortune-hunters who, later known as coureurs de bois, or forest rangers, swarmed through the wilderness, debauching the Indians with brandy, obtaining furs by fair means or foul, and almost always in defiance of the king’s orders.”

The latter part of the description refers to the unsanctioned conditions these wilderness men operated under. They were skilled hunters and canoeists, masters at the art of diplomacy amongst the natives, and most certainly expert businessmen. Whitetail deer, bear, wood chuck, muskrat, and raccoon were all regularly traded pelts on the peninsula but, above all else, was the prized beaver.

The beaver was highly prized as a fur, due much in part to the high European fashion of beaver hats. At first, when the natives of the peninsula began to trade with the French, they were astounded by what they would receive in trade for such a plentiful fur as the beaver. In exchange for furs and pelts, natives traded for pots, knives, colored cloth unavailable on the frontier, thread, hatchets, gunpowder, and firearms.

Over time, though, the Native Americans of the area became dependent on the fur trade. According to Larry Gara’s A Short History of Wisconsin, “Wisconsin Indians set aside their chipped stone implements for iron axes and knives brought in by the French traders. European-manufactured metal kettles replaced bulky earthenware or wooden cooking pots. The Indians acquired a taste for French wines and brandies as well as a preference for European cloth and imported, brightly color 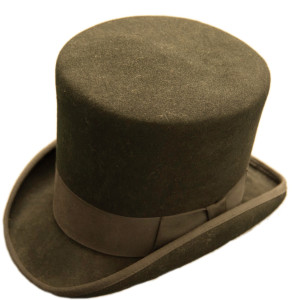 ed blankets. And they quickly saw the advantages of muskets for hunting and war. In time the Indians lost many of the skills inherent in their traditional past.”

When Radisson and Groseilliers landed on the Door Peninsula at Washington Island, and then later in the village of Mechingan, they were pleased with the plentiful furs they found and returned northward after many months of trapping and trade loaded down with a flotilla of 60 canoes. They reached the French fort and were greeted by bad news. Since the men had no official license to operate as fur traders, the authorities confiscated all of their fur, rendering their trip fruitless. Radisson was so enraged with his own countrymen that he swore off the French crown and became a British citizen in 1687.

Eventually, by 1681 voyageurs became sanctioned by the French government when they came to understand the fur traders had to be controlled so that the commerce could remain valuable. This legalization of the commerce created a second-generation voyageur, which translates to “traveller.” These men would travel to Wisconsin and other Great Lakes regions until the British began to control the area in 1670 when they established the Hudson Bay Trading Company.

La Salle and the Mystery of Le Griffon

Robert La Salle, the famed French explorer, spent several weeks on the Door Peninsula in 1679. He was the first explorer to follow the Mississippi River from its source in current day Minnesota to the Gulf of Mexico. La Salle needed a way to finance his exploring and he soon recognized how lucrative fur trading was. He knew that the transport of the furs in canoes was one of the major costs incurred in the business, so he sought to eliminate this expense by crafting a large vessel for carrying them over the big water.

He sanctioned the construction of what would be the first Great Lakes schooner. Le Griffon was built at the mouth of the Cayuga Creek near Niagara Falls and launched on August 7, 1679. This 40-foot long, 40-ton, five-cannon ship left port with 34 men who La Salle intended to utilize in exploring. The year prior, La Salle had sent a group of men to the shores of Door County to trap and trade with the friendly Potawatomi who spent their summers on the islands of Washington and Detroit. They had acquired a cargo of pelts valued at approximately 50,000 to 60,000 francs ($10,000 to $12,000).

When La Salle arrived, he was pleased to find the great store of furs and decided to send a group of his men northward to deliver the furs to his debtors, while he and a small band headed south for exploring. On September 18, 1679 the Griffon set sail from Detroit Harbor on Washington Island amidst the firing of cannons. Once it left the harbor, it was never seen again. While many theories about its disappearance abound, including a raid by the natives, a powerful gale, and mutinous sailors, no one has been able to definitively prove the story of its demise nor find its wreckage. All that was left behind of the mysterious fur-packed schooner were the shattered efforts of La Salle’s men and whispers amongst the natives of angry gods. Le Griffon remains a mystery to this day and left its legacy upon Door County:  T. Ashwell’s Restaurant in Ellison Bay gets its original name, The Griffin Inn, from this unsolved chapter of the county’s history.

The Door Peninsula got its name from the French expression port des morts, or death’s door, so named for the tumultuous waters separating Green Bay and Lake Michigan. However, in myriad ways, the peninsula has always been a door to a great many other things. For one, it was a gateway from the vast Wisconsin frontier to the waterways and lakes leading to New England.

Historian Larry Gara writes, “It was the lakes and rivers bordering and crisscrossing Wisconsin that made it a key highway to Indians, fur traders, missionaries, and settlers.” And the Door Peninsula provided an avenue for that trade to occur. The natives of the area and the explorers and voyageurs who came to trade with them left some of the earliest marks in the county’s annals of history.