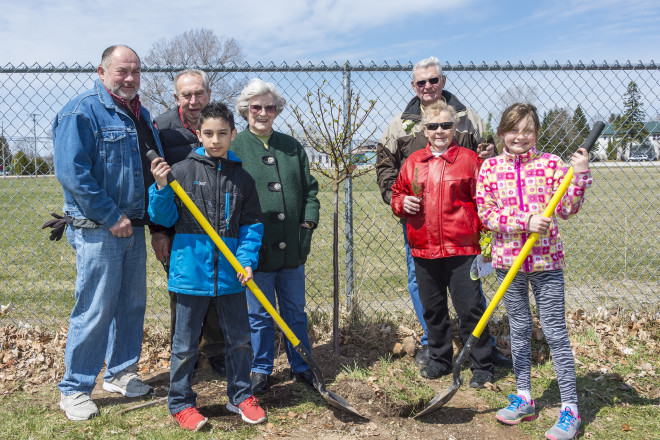 They took all the trees

And put them in a tree museum

Then they charged the people

A dollar and a half just to see ’em

“The clearest, most obvious need and also something the public can get behind by donating time and money is tree planting,” said Bob Bultman, the Baileys Harbor resident who is behind the idea of Earth Week Door County. “We have hundreds of acres of public land that is just old field. Eventually there will be an old-growth forest there again, but we want to jumpstart that process by planting native trees and getting those old fields going again, and, in some cases, increasing the diversity.”

In 2013 Bultman founded the Forest Recovery Project to protect and restore trees in Door County. With contributions from the Unitarian Universalist Fellowship of Door County, in 2014 Bultman was able to purchase 600 bare root seedlings that were planted at the Kangaroo Lake Preserve with the blessings of co-owners Door County Land Trust and The Nature Conservancy. 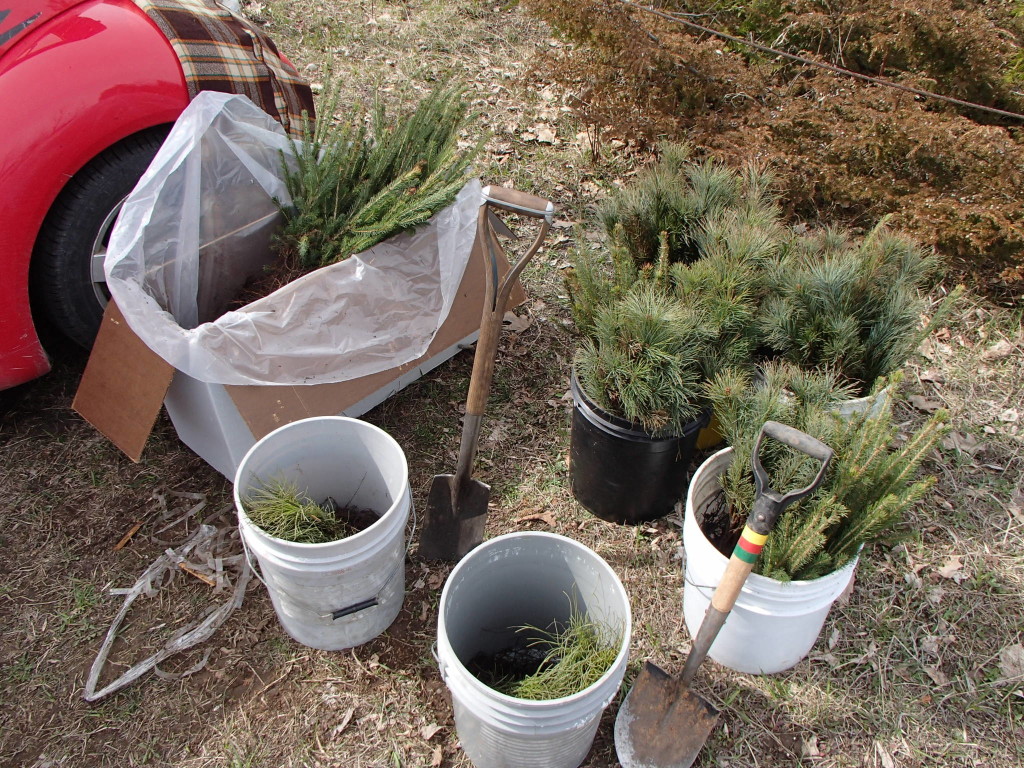 “Roughly around the same time I started the Forest Recovery Project, the Climate Change Coalition was coming together,” Bultman said. “They just went gangbusters with organization, attendance at meetings, educational presentations. They really wanted more of a boots on the ground, what can people do? You can sit in a room all day and talk about the science of climate change, but we really want to give people a positive step.”

With Earth Day falling on a Friday this year (April 22) and Arbor Day a week after, Bultman thought it offered an opportunity to hold a week of environmental events leading up to the Arbor Day tree plantings on Nature Conservancy property, followed by a second round of planting on April 30 at the Kangaroo Lake Preserve.

Students from Gibraltar and Sturgeon Bay high schools will be helping with the Arbor Day plantings.

“The schools from the beginning were happy to get involved,” Bultman said. “One of the keys was to ask them early enough. Schools these days seem to be full of things.”

Sturgeon Bay High School science teacher Craig Kiekhaefer said a number of students who took his fall ecology class are among those who have signed up to plant trees on Arbor Day. 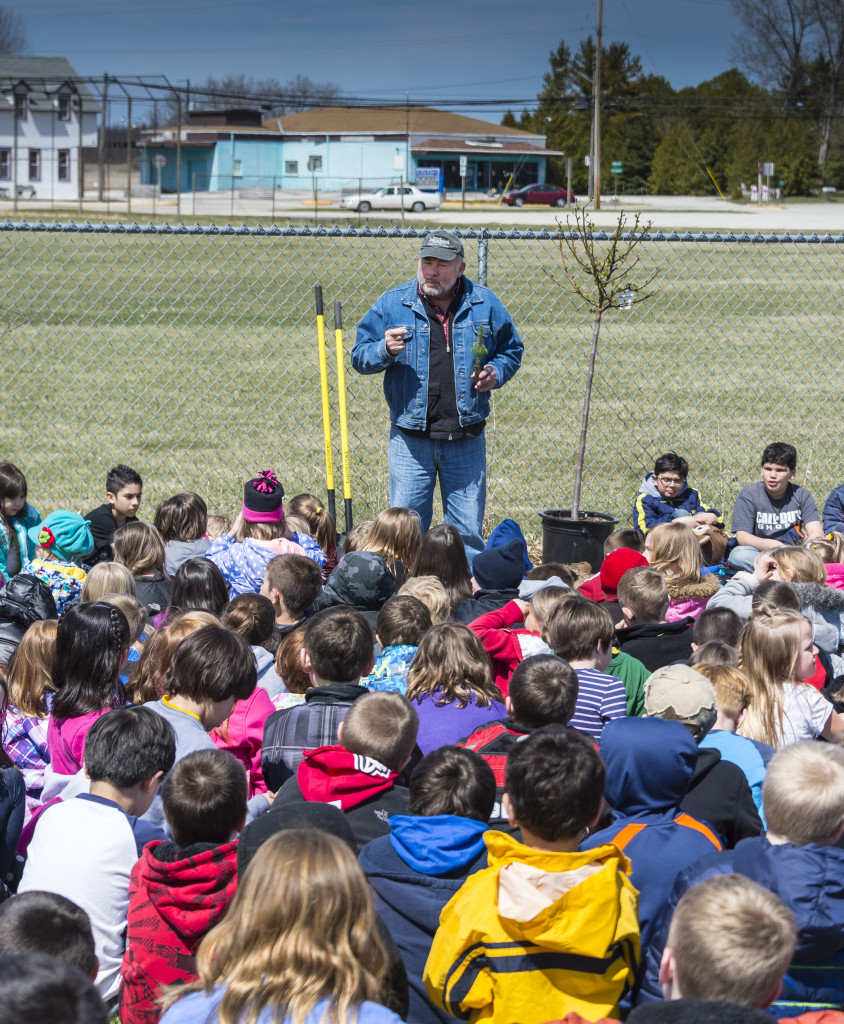 Kiekhaefer said the Arbor Day tree plantings will be the culmination of an exciting week of Earth Day awareness at the school.

“It’s a good reminder to everyone about the environment and how we’ve mistreated it in the past,” he said. “It’s a good opportunity to raise awareness among the students and staff here at Sturgeon Bay High School.”

Bultman said in addition to volunteers needed for the April 30 plantings at Kangaroo Lake, adults are needed to assist with the student plantings on Arbor Day.

“I’m trying to get more volunteers to help to build camaraderie among generations,” he said.

If this is an added incentive, Wild Tomato is donating lunch for the Arbor Day planters. Volunteers should contact Bultman (920.421.2283) so he can get a head count of how many volunteers he will have.

Bultman mentions that in the future they might consider an experimental planting of trees native to southern Illinois such as sycamore, bur oak and Kentucky coffee tree because “some predictions are saying in 50 years we’ll have summers like they do in Arkansas,” he said.

But right now they are planting native trees such as red and white pine, white spruce and red oak.

“That’s very much a strong point everyone believes in. We’re trying to restore our native eco-system,” he said. “It should be a nice blend. When we do our planting, everybody’s pretty consistent in that we want to plant native and for diversity so when pests do come, there’s enough resiliency in those forests.”

Bultman said the organizers of this event have planned to meet in June to debrief about this year’s event and start talking about next year.

“This is just a great opportunity for people to give back,” he said. “These trees are all being planted on public land. People can go visit these trees into the future.”