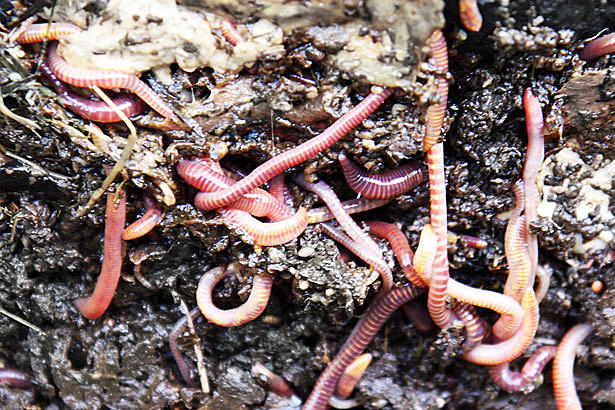 In 1881, Charles Darwin published his last book, The Formation of Vegetable Mould, through the Action of Worms, with Observations on their Habits, and stated, “It may be doubted whether there are many other animals which have played so important a part in the history of the world, as have these lowly organized creatures.”

Earthworm research has blossomed during the 136 years since Darwin’s book was published. We know that earthworms are important regulators of soil structure, nutrient, water and carbon cycles – with cascading effects on all forms of life over vast tracts of land around the globe.

Earthworms are also invasive species that are transforming previously earthworm-free habitats in the northern tier of U.S. states and Canada, with major implications for the response of forests to climate change. European earthworms came to this continent via shipments of potted plants and other organic materials, arriving at a given location with the settlers. More recently they have been introduced in thousands of locations via live fishing bait. They spread only 20-30 feet per year, but with so many points of introduction, invasive worms are now present on at least 80 percent of the landscape in northern Wisconsin, Michigan and Minnesota.

Fronts of invasion originating from farms, gardens, fishing piers and campsites are common in Door County forests. Forest areas without earthworm invasion have a 3-6 inch thick, spongy duff (leaf litter) layer composed of many years accumulation of leaves – in effect a natural mulch layer that absorbs rainfall and insulates the soil, keeping it cool and moist during summer. In contrast, earthworm invaded areas have bare mineral soil that is hard and dry.

This is a multi-species invasion. Although only the nightcrawler (Lumbricus terrestris) is well known to the public, there are 8-10 invasive earthworm species commonly found on a given acre. The various species have different impacts on soils; some live in leaf litter on the surface, some burrow constantly through the top 10-15 inches of the mineral soil, one species eats old leaf litter in the duff, and the nightcrawler is distinctive because it lives in vertical burrows up to 6 feet deep, but has finicky eating habits, consuming only recently fallen leaves of certain tree species.

The connection between earthworm invasion and climate change lies in cumulative effects of multiple species, each doing something different to soil that is already warming and drying out as average temperatures increase:

All of these effects put stress on native plants that compounds the stress caused by climate change through greater evaporation and more erratic rainfall.

There is one more important connection between earthworms and climate change. Earthworms affect atmospheric CO2. Soils store huge quantities of carbon, but earthworms interfere with this storage capacity by eating their way through the duff (i.e. stored carbon) over vast acreages of our northern forests. Through the process of respiration worms convert duff into CO2, which is emitted to the atmosphere. This situation will continue for several decades, but may reverse in the future, as research shows that during late stages of invasion, worms will slowly add carbon back to the soil by depositing their castings which contain decay-resistant forms of carbon. However, this reversal process will take centuries, and the timing of the worms current CO2 emissions could not be worse. Furthermore, changes to soil quality by earthworms reduce tree growth up to 30 percent, restricting the ability of forests to store carbon aboveground. We don’t know whether forests will rebound to normal growth rates.

Darwin discovered that the cumulative effects of billions of earthworms ceaselessly churning the soil is a force of global importance. Today scientists are still following this line of research, especially the particularly large impacts of earthworms as invasive species in a time of changing climate.

Movie:  The Age of Consequences, a documentary about climate change from the perspective of military planners

Lee E. Frelich is director of the University of Minnesota Center for Forest Ecology and has a cottage near Gills Rock. He has authored more than 160 publications, including major works for Cambridge University Press and Oxford University Press. His research has been featured in the news media more than 450 times, including The New York Times, Newsweek, CBS Radio Osgood Files, and National Geographic. He has provided consulting services on forest management for many government agencies, including the U.S. Army, Air Force, Forest Service, and Park Service. Current research interests include large-scale fire and wind, earthworm invasion, effects of deer and moose browsing, and climate change. He received a PhD in Forest Ecology from the University of Wisconsin-Madison in 1986.