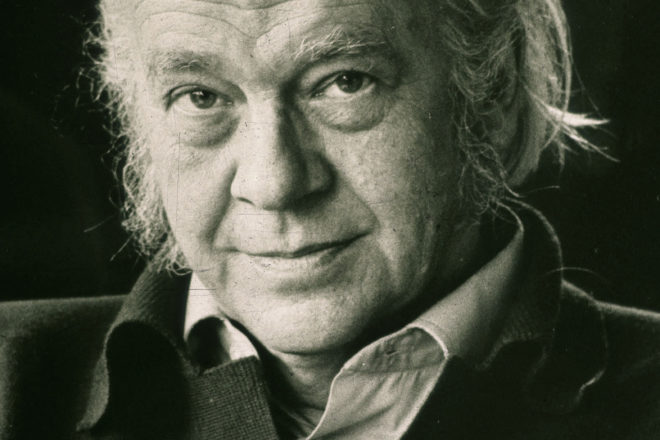 Ernst Schumacher would probably be surprised that his book, Small Is Beautiful, published back in 1973, would become recognized as one of the most influential books since World War Two. His point was that conservation makes perfect economic sense.

Schumacher (1911-1977) might have been mistaken for a Wisconsin native, were it not for his German accent. The Badger State, after all, has long been known as “the cradle of conservation.” This is fundamental to sound agriculture.

Schumacher was a kindred spirit with such iconic figures as Wisconsin’s Aldo Leopold and Gaylord Nelson. Schumacher pointed out the folly of limitless growth in our finite world. The dilemma he foresaw back in the ’60s is far more evident today, for example, from the astonishing impacts of human-caused global warming, to the rapid erosion of soil, to the pollution of air and water.

Schumacher promoted “permanence,” what we generally refer to now as “sustainability.” This is simply the ability of the land to sustain us in perpetuity. It isn’t just about aesthetics, but rather long-term survival that depends on environmental health, which, in turn depends more and more on conservation and restoration.

We are also “America’s Dairyland.” One would expect that especially in Wisconsin, conservation and dairy would form a perfect marriage, a great looking couple “mating for life.”

Combining dairy and conservation leads to: small fields with hedge rows; small herd size to minimize the various depredations of too many cows in too little acreage; pasture rotation so cows would always have access to good grass; contouring slope crops to minimize erosion; keeping the herd out of the stream, etc.

They honestly tried. Cows were spread out to more than 80,000 family dairy farms widely scattered throughout the state, and local farmers could sell locally, thereby making a decent living.

But shortly after Small Is Beautiful was published, someone got the idea to apply the industrial model to agriculture, and created the mega factory farm, known as the CAFO (concentrated animal feeding operation). Dairy was seduced by the promise of wealth and tax subsidies. 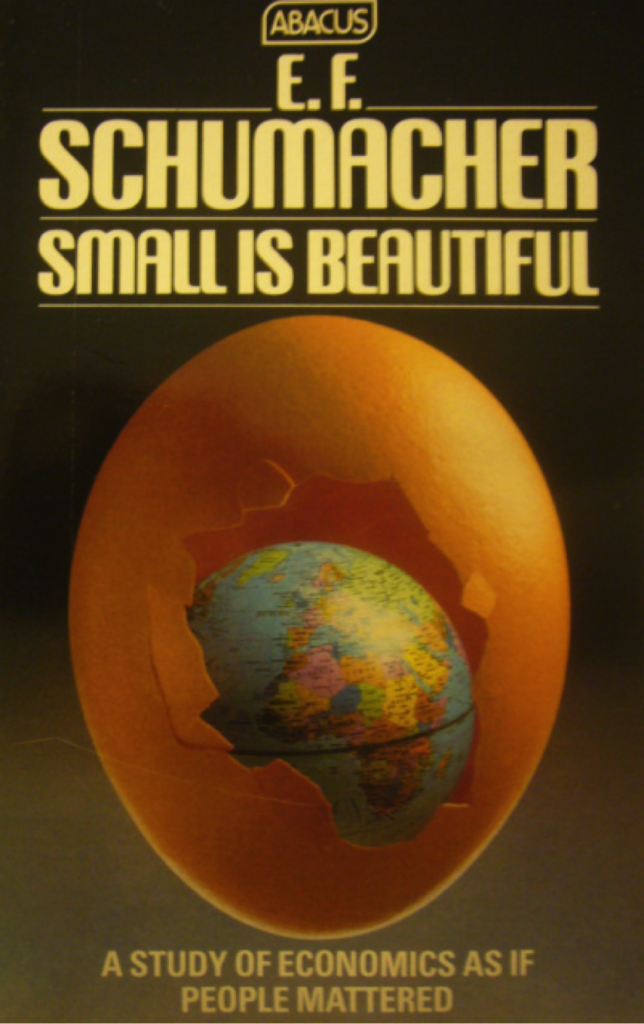 Influenced by the drug of dollars, dairy told conservation that perhaps they should call it off. They’d be better off just going their separate ways. It’s been a messy divorce, as evidenced by brown and murky surface and groundwater, soil-tainted snow drifts and acrid breezes.

Excuses, such as “we are feeding the world,” were justification for the CAFOs to concentrate cattle and effluents on extremely small acreage. Taking up clean groundwater with high capacity wells provided the vehicle to dispose of this “nutrient” over the surrounding area. But this has led to a huge problem: we can’t all live upstream.

Is there a chance for reconciliation? Maybe. But it won’t be easy.

Whether you’re looking at mining, logging, fisheries or agriculture, according to Schumacher: “One of the most fateful errors of our age is the belief that the problem of production has been solved. The illusion…is mainly due to our inability to recognize that the modern industrial system, with all its intellectual sophistication, consumes the very basis on which it has been erected. To use the language of the economist, it lives on irreplaceable capital which it cheerfully treats as income.”

Dr. Schumacher insists: “The truth is that a large part of the costs of private enterprise has been borne by the public authorities –because they pay for the infrastructure – and that the profits of private enterprise therefore greatly overstate its achievement.…In the excitement over the unfolding of his scientific and technical powers, modern man has built a system of production that ravishes nature and a type of society that mutilates man. …Scientific and technological ‘solutions’ which poison the environment or degrade the social structure and man himself are of no benefit, no matter how brilliantly conceived or how great their superficial attraction.”

Dairy needs to learn that conservation has a good point. Conservation needs to better communicate how to live within the vast complexities of our ecological infrastructure (real success is measured over time).

Together these two “exports” from Wisconsin (conservation and dairy), by teaming up, could provide the world with an excellent example for creating “permanence.”

As we all know, Attitude Is Everything! Yes we can make it work.

But Schumacher suggests a whole new approach: “The economics of giantism and automation is a leftover of 19th-century conditions and 19th-century thinking and it is totally incapable of solving any of the real problems of today. An entirely new system of thought is needed, a system based on attention to people, and not primarily attention to goods – (the goods will look after themselves). It could be summed up in the phrase, “production by the masses, rather than mass production.”

He was one of the first economists to question the appropriateness of using gross national product to measure human well-being, he asserted: “The aim ought to be to obtain the maximum amount of well being with the minimum amount of consumption.”

Schumacher also emphasizes the need for the “philosophy of materialism” to take second place to ideals such as justice, harmony, beauty and health.

Public television recently broadcast an extraordinary program called Wisconsin From The Air. It’s no coincidence that all the agricultural photos were of small-scale family dairy farms. There’s a reason. Competent dairy farmers are justifiably proud to have their farms photographed. Promotions of Wisconsin always depict red barns, silos and cows grazing in the pasture. When agriculture is practiced with Schumacher’s “permanence” in mind, the result is both profitable and picturesque.

Wealth, a foundational component of the economy, is an illusive value that can’t be measured by mere dollars or corporate profits. It is built on a base of clean air, water, and living soil, this beautiful and diverse land we call home.