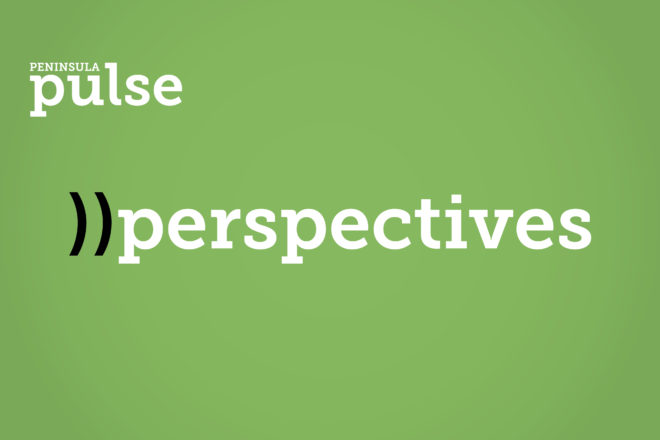 We received sad news Wednesday morning that Patty Williamson, Ph.D., had passed away peacefully the evening of Sept. 27 at her home on Kangaroo Lake, with her husband of 68 years, Howard, by her side. (They had met when they were 8 years old in their native Marceline, Missouri.)

It should not have been so surprising – Patty was 88 years old and had health issues. Yet I was shocked. Her mind was so sharp and full of  vitality and energy that I constantly forgot her age, her failing health.

Patty wrote for the Peninsula Pulse for years, starting a new freelancing gig in her 70s after retiring from a fulfilling and hard-earned career in education administration. I’m not the best person to describe her astonishingly rich and diverse life because I’ve known her only since I arrived back in Door County in May 2020 – we’ll have a complete story from Myles Dannhausen Jr. for our Oct. 7 issue.

I was fortunate to get to know Patty over the past two years through our regular correspondence. Looking back at our email chain, there has not been a month since I arrived when I did not have at least four conversations with her over the course of the month, and more often between eight and 15. She continually pitched ideas, always submitted stories on deadline and was quite particular about who edited her and what she would allow with her carefully crafted, thoroughly researched prose. It took a couple of months before she finally trusted me, and from there began a delightful relationship.

Writing and reporting are two different skills, and although Patty was gifted in both, I’d have to say she was a natural-born reporter. Her research and interviews were so thorough that our only challenge ever was reducing a story to a publishable size. She also had the one thing that can’t be taught but is required for the best reporters: curiosity.

If I write that she was smart and funny and wise, it’s true, but it hardly captures her essence. She was an authentic individual, tough and gracious, with an abiding and impeccable etiquette that I fear has already been lost in our culture. She once told me she would write birthday and anniversary cards in advance for the entire year so that all she had to do was mail them as the month arrived.

She also once told me that she kept a box that contained printed emails and letters that lifted her spirits – and that she had just put one of my emails into that pile. I do not remember what I had said or what our conversation happened to be about because the thing that struck me was that someone like her needed such a box – her spirit seemed unfailingly full. Now, in retrospect, I wonder whether she told people they had lifted her spirits and that they’d made it into her spirit-lifting box only because she wanted to lift theirs. She was definitely crafty that way.

Our last email from her was a message sent on Sept. 12 to several of us here, letting us know she was going out of town, as she always did.

“Just a note to let you know we’ll be away from Wednesday, the 14th, through Monday, the 26th, for a variety of activities,” she wrote. “A rodeo, to watch a great-granddaughter and her new horse; the Kentucky state girls’ soccer tournament (her older sister); and our 70-year high school reunion. Not many of us 88-year-olds left out of a class of 53 and even fewer who are able to travel.

“I have notes for several story possibilities from interviews I’ve done since last winter. I’ll send summaries when I get back to see which, if any, you may be interested in. Have a good two weeks! Fondly, Patty.”

Godspeed, Patty. I will miss you greatly.