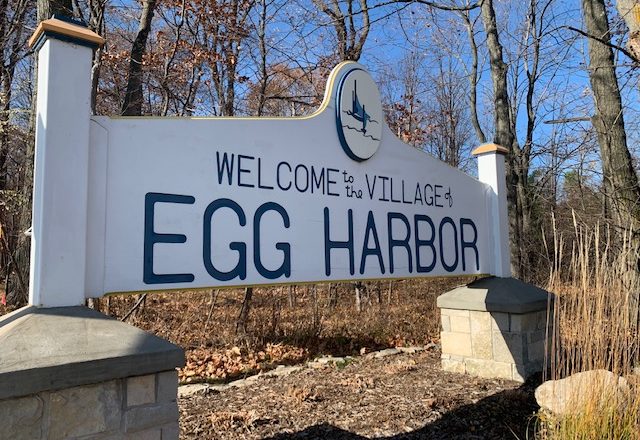 The Village of Egg Harbor’s board of trustees chose an accelerated timeline for the village’s Church Street reconstruction during a July 12 meeting.

The project – which includes adding 150 parking spaces, bike lanes, sidewalks and lighting to the undeveloped street – will begin after Pumpkin Patch Festival and continue into the summer of 2022. Most road projects of this type in Door County pause significant work before Memorial Day weekend and then continue in the fall.

Egg Harbor chose to “push through,” as trustee Lisa Van Laanen explained, to ensure that the project is fully completed in time for the start of the Highway 42 reconstruction in 2023. When that begins, Church Street will provide the major detour for traffic around the downtown core.

If all goes according to schedule, the project would be completed in late July or early August of 2022, and a portion of the road would be open to traffic much earlier. If the village paused work for the summer, it would not be completed until late fall and could cost significantly more to complete.

The village reviewed its informational plan for the upcoming Highway 42 reconstruction project and will host two informational meetings during which members of the public can review construction plans and their financial implications as well as offer comments. The meetings will be held Aug. 2, 6 pm, and Aug. 3, 9 am, both at the Kress Pavilion, 7845 Church St. in Egg Harbor.

Administrator Megan Sawyer said the village is still awaiting quotes for various utility-line options through the downtown core. Wisconsin Public Service has provided an estimate for the cost to bury its power lines, but Charter and Frontier have yet to provide quotes for burying their lines. The village is also awaiting an estimate for the cost of installing tall, black, fiberglass poles through town, similar to those installed in Fish Creek and Baileys Harbor. Sawyer said those estimates are expected before the August meetings.

Ken Mathys, who has worked on the committee to develop the plans and community outreach, emphasized that officials must make time to engage the public at the meetings.

The board asked staff to investigate different options for future July Fourth fireworks displays. Trustee Lisa Van Laanen asked the village to explore “muted” fireworks because of the volume of the explosions and the disruptions for people and pets. President John Heller said he walked the beach in the days after the fireworks and collected a lot of debris from the display.

“We just spent $5,000 to renourish the sand at our beach, and it’s now covered with this sort of stuff,” he said.

The village may also explore the idea of a drone display.

The village heard from some attendees of the July Fourth festivities that there weren’t enough porta-johns for the celebration, but Sawyer explained that the shortage was beyond the village’s control.

“There is a shortage of porta-johns available due to all of the construction in the area,” she said.

The village made restrooms available at the Peg Egan Performing Arts Center and village offices during the event to help alleviate the shortage.

Egg Harbor will be featured in a future episode of Discover Wisconsin. An anonymous donor and Destination Door County put up $10,000 to secure a spot highlighting the village’s sustainability efforts on the pay-for-play platform.

The board approved a formal resolution for the purchase of a small portion of Alpine Beach that will extend the village beach to the old Alpine swim pier. A Knowles-Nelson Stewardship Fund grant for $249,000 has been secured for the purchase, which is set to close before Sept. 1. The purchase will cost the village $875,000 and will add 1.17 acres and 170 feet of shoreline to the beach.