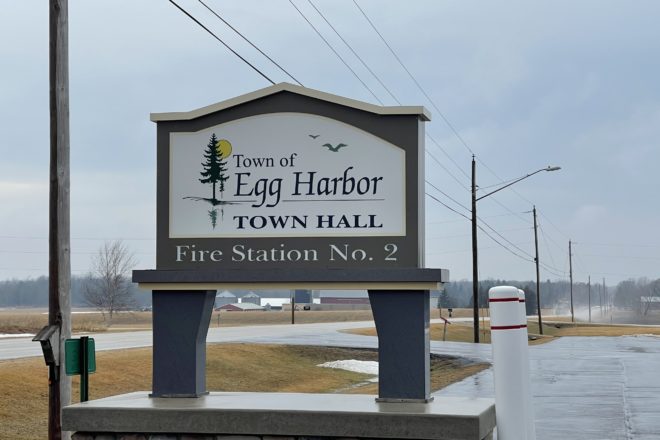 Egg Harbor Fire Chief Andy Staats and his wife, EMS crew chief Ashley Staats, have resigned their leadership positions in the department that serves both the Village and Town of Egg Harbor. Both tendered their resignations last week, but they will remain with the department to serve as firefighters and emergency responders.

Assistant Fire Chief Jason Staats has been appointed interim fire chief while the commission seeks to fill the position permanently.

In an official statement, the Joint Egg Harbor Fire Commission thanked Andy Staats for his service to the department and as fire chief.

Andy Staats was promoted to the leadership position July 1, 2020, and promoted his wife to the EMS crew chief position and his brother, Jason, to the assistant fire chief role. The nepotism caused turmoil within the department, resulting in several firefighters requesting leaves of absence. Some retired; some were fired; and two of those – Dan Kiehnau and his son, Dustin – took grievances against the department through the official process, but those grievances were denied.

The resignation letters from both Andy and Ashley Staats, which are public records, indicate that rivalry and animosity played a deciding role in their decisions to step down.

“The last 15 and a half months have been some of the most challenging, yet rewarding times in my life,” Andy Staats wrote. “I have been put under the microscope from day one and continuously scrutinized for it. The decisions that I made from then, until now, I stand by as being in the best interest for the community.”

Meanwhile, the Joint Egg Harbor Fire Commission board spent the better part of 2020 meeting in closed sessions to discuss personnel matters or presiding over tense and combative open board meetings.

In July of this year, “we had a big turnover,” Petersen said. “Four new members came on. None of them have served the commission before.”

Petersen was one of those four new members. He had spent more than 20 years in the fire department, and he said he felt he could serve the community by joining the board.

That six-member board is now tasked with hiring a new fire chief and will accept applications until Jan. 30, 2022. The position receives a stipend and compensation for department-related duties, and residency is not required.

The new fire chief will appoint the department’s leadership positions, including the EMS crew chief.

“We just want to get the word out [about the open fire chief position] and want to move onward and upward,” Petersen said.

Jason Staats has been a member of the Egg Harbor Fire Department for 21 years and has served as assistant fire chief since July 2020. He served 15 years in the U.S. Army: three years on active duty, and 12 years in the Wisconsin National Guard. He was deployed to Afghanistan in 2019. He and his wife, Nicole, have five children still at home, with the oldest, Jasper, being the newest member of the Egg Harbor Fire Department.