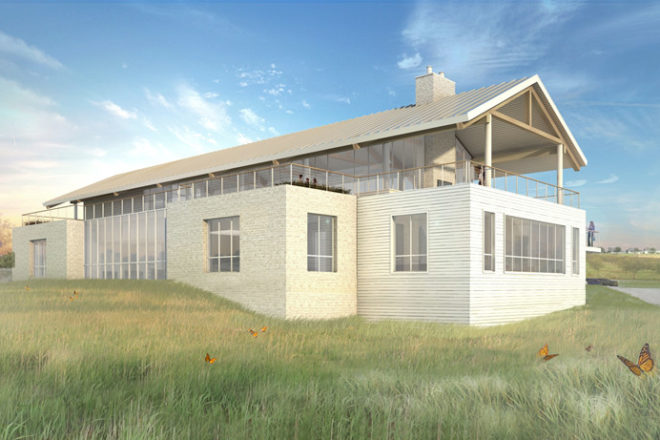 Four days after Door County Circuit Court Judge D. Todd Ehlers issued an injunction against the Village of Egg Harbor that prevents the village from spending any more than $1 million of village funds on construction for the new library/community center, the village board voted to completely remove from their books the 2008 ordinance that prompted the lawsuit.

The 2008 referendum prevented the village from spending $1 million or more on a capital project without approval from residents via referendum.

A group of five full- and part-time village residents calling themselves Village of Egg Harbor Planned Growth Alliance LLC tried to halt construction of the $5 million library, alleging the village violated the 2008 ordinance in January when it approved a contract with the Boldt Co. for construction of the library and resolving in November 2016 to spend up to $2 million of village funds on the project.

At the Monday, March 13, meeting, several village trustees said they thought the ordinance died in 2010, two years after it went on the books.

“We had no idea this was on the books,” said Trustee Lisa VanLaanen, a thought reiterated by trustees John Heller, Paula Cashin and Village President Joe Smith.

Smith moved to repeal the ordinance and was seconded by Cashin. Heller was the only trustee to vote against repeal. Trustee Bob Dickson pointed out that voters will have an opportunity on April 4 to vote for another spending-limit referendum, although this time the limit will be placed at $1.5 million.

Village Administrator Ryan Heise took to task a comment one of the Village of Egg Harbor Planned Growth Alliance plaintiffs, Bob Doneff, made in a March 10 Pulse story in which he said the cost of the library and its maintenance could amount to a 30 percent increase in village taxes for 20 years. Heise wondered where he came up with those figures. He said the village is only borrowing for 10 years, and the average percentage increase during that time will be 2.29 percent “not 30 percent,” and the average percentage of debt service for the project is 1.64 percent.

Although the plaintiffs wanted him to, Judge Ehlers refused to stop work on the library project, which began last month. The parties will return to Ehlers’ courtroom on May 2.

In other matters, the village: