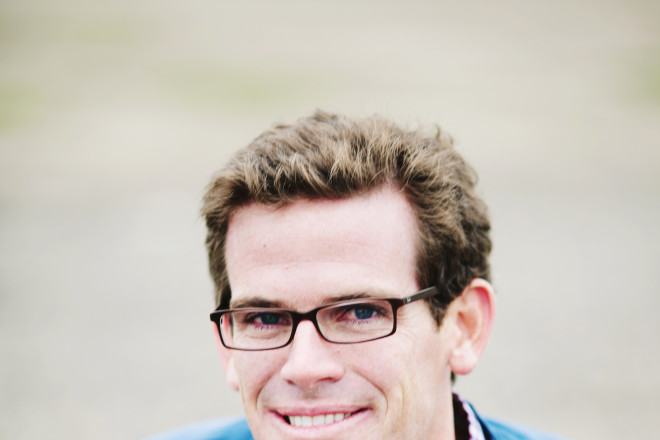 Perhaps the biggest personal challenge facing Ryan Heise, who assumes his new role as administrator for the Village of Egg Harbor on Oct. 1, is acclimating to winter after spending the past 10 years in Florida.

“I really enjoy being outdoors. It’s just really easy to be outdoors in Florida. Swim trunks, flip-flops and out the door you go. No worries,” Heise said recently by telephone. “I’m an outdoor guy. I like to fish and hike and mountain bike. It’s just a lot more work to get outside in the winter. But I know cold and winter. Being on the lakeshore of Superior, if you want to get a taste of winter, that will do it.”

A Michigan native, Heise moved to Florida in 2005, where he went to work as an irrigation technician for Lakewood Ranch, a master planned community. Two years later he was promoted to director of operations.

“I had more than 7,000 homes. It’s pretty large,” Heise said. “The director of operations is essentially a director of public works position. I’ve been doing that for the last eight years.”

“Josh has been really great,” Heise said. “He says he’s just right down the road if I need anything. There are some things he wants to see get buttoned up and completed. I think he takes a lot of pride in what he’s accomplished there.”

Heise said his first order of business will be to understand the culture and history of Egg Harbor.

“I also plan to network and to do a lot of listening and just slowly implement any ideas that I may have, but only after gaining an understanding of Egg Harbor. Not rushing into anything,” he said. “Networking with the business community is one of the biggest things, and I look forward to that, absolutely.”

His initial impression of the village was “very positive. As far as the positives go, everyone I had interactions with, the business community and residents seemed to be very genuine good people. I had the opportunity to meet the employees. We have a really great staff. Also something really appealing, my wife is an artist and there seems to be a very vibrant art community there.”

His wife, Mary, has an aunt and uncle in Sturgeon Bay.

“So we have familiarity with the area. We had visited them a couple years ago and loved it,” Heise said. My wife and I, and our dog (a Brittany spaniel) will be renting a house for at least six months in Sturgeon Bay. We just locked that down. The plan is to get acquainted with the area in general and eventually purchase something. We want to get a lay of the land first and not rush into anything.”

As far as projects he will have to jump into immediately on the job, Heise looks forward to the village’s downtown redesign.

“I’m real excited about that,” he said. “My educational experience, I’ve got a Masters in public administration, but my undergraduate degree was in urban planning. Everything that they’re doing as far as enhancing the streetscape, making it more pedestrian friendly and bikeable, that was everything I was learning in the textbooks. In my professional experience, this is what I do, construction management. It’s pretty exciting to get involved in a project, especially when it’s already funded so we don’t have to go through all the budget woes.

“In Lakewood Ranch, I was responsible for building a new operations facility, a $2.2 million project,” he said. “I was in charge of getting it sold to the community and was project manager for the construction side of it. For a government project, we built it ahead of schedule and under budget. That’s something I’m pretty proud of.”