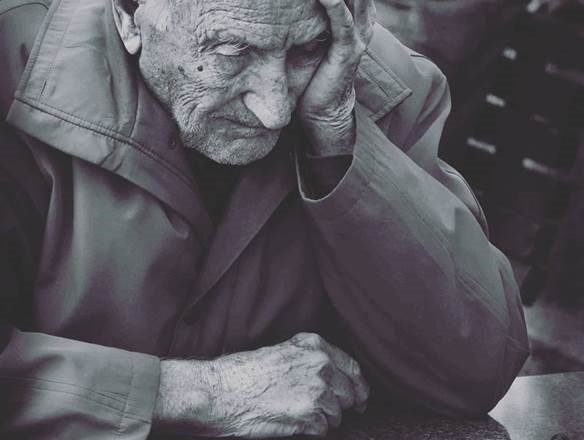 Door County’s reputation as an idyllic safe haven is something we all cherish. But as a vibrant and complex community, we also experience many of the problems that exist everywhere – and among them is elder abuse.

The population here skews to the more seasoned, with 40 percent of the 27,439 residents being 50 years or older. That’s not a surprise, given the aging of baby boomers and the large community of people who have chosen to retire here. The number of reported elder-abuse cases has grown steadily during recent years, and particularly during the last two years. There were 226 cases in 2018, and 331 cases in 2019, for a 46 percent increase.

Like domestic abuse, elder abuse takes many forms. In reported cases, it is usually perpetrated by someone in a trusted role: a child or other relative, spouse, caregiver or neighbor – someone with an established relationship and knowledge of which forms of manipulation are likely to be effective. Abuse can be physical, sexual, psychological, emotional or financial, and very often, more than one form is used. And also like domestic violence and sexual assault, elder abuse is woefully underreported.

The Door County CCR (Coordinated Community Response) group exists to bring together the organizations and agencies that serve people who are dealing with elder abuse, domestic violence and sexual assault so that we can work together to serve the people who are enmeshed in these cycles of abuse.

The Department of Justice wrote for a grant that focuses on community education. During the last year and a half, a team of CCR members has received intensive training on conducting daylong training sessions here in Door County. Two of the three planned training sessions specific to law enforcement were completed before the pandemic. The cycle of five training sessions focusing on service providers that was planned to begin in September is on hold until it’s safe to gather again.

“Collaboration and cooperation are vital in effectively addressing any elder-abuse matter. An individual is likely to obtain information from any number of community entities to include, but certainly not limited to, health care providers, clergy staff, law enforcement, domestic violence and/or sexual assault advocates, adult protective services workers, friends, family or assisted living facility staff. The community-based trainings promoted through this grant project focus on education.

“It encourages all of us to focus on safety, challenges us to rethink our assumptions about older victims and the aging process, helps us to recognize abuse tactics and most importantly, [encourages us to] embrace the opportunity to work collaboratively to produce the best outcome possible for each person we serve.

“My dream outcome for this grant project is that all of Door County will become a community of individuals who are willing to get involved and not look the other way when something seems wrong. We cannot permit an individual’s age to be a factor in doing the right thing.”

This article is brought to you in part by the Door County Coordinated Community Response (CCR) to Domestic Violence and Sexual Assault Teams and the Door County Elder and Adult-at-Risk Interdisciplinary Team.