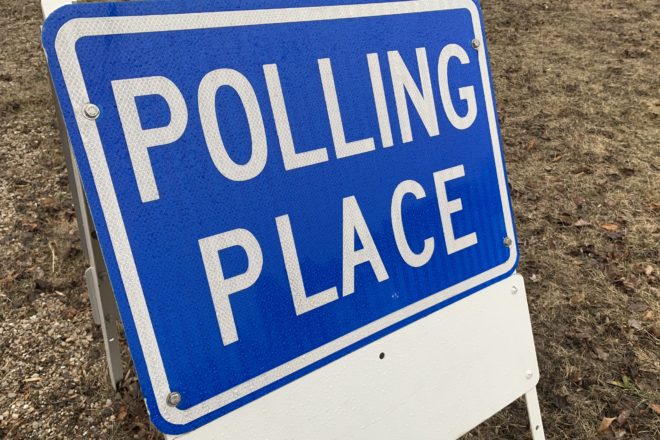 On Monday night, the Wisconsin Supreme Court overturned a last-minute order by Governor Tony Evers to delay Tuesday’s Wisconsin primary election, meaning that the vote goes on as fears rise about the spread of COVID-19 in the state.

Polls in Door County opened at 7 am and will remain open till 8 pm, despite the existing orders for Wisconsin voters to stay home, maintain social distancing, and avoid gatherings of people. Any voters with outstanding absentee ballots must turn them in to their local clerk or post-mark them before 8 pm today to have them count.

Last week the state announced that ballots would be accepted until April 13, but the United States Supreme Court overruled that extension in a 5-4 decision that fell along ideological lines.

Monday night in a Facebook Live session, Door County Medical Center Chief Medical Officers Dr. Jim Heise said he didn’t want to get into politics, but in-person voting would not be a wise public health decision in the midst of the emergency.

“The doctor in me would say that goes against everything we’ve been talking about,” he said.

The Door County Public Health Department announced Monday that seven cases are now reported in Door County. The state reports 2,440, including 77 deaths. More than half of those cases and 40 of those deaths have come in Milwaukee County, where officials will have just five polling stations open in a district where there would normally be 180.

Evers had called on the Republican-controlled legislature to delay the election in a special session Saturday, but party leaders refused. After Evers ordered the election postponed, Speaker Robin Vos and Senate Majority Leader Scott Fitzgerald sued to have the order overturned Monday afternoon.

Assemblyman Joel Kitchens joined party leaders in saying the governor’s orders were too late, and said local clerks begged him not to delay the election.

“I wish we had decided a few weeks ago that we would make this an all-mail election,” Kitchens said. But the governor said at the time that democracy must move forward, and the legislature made no effort to delay. When asked Monday the best way to proceed from a public health standpoint, Kitchens said “as of right now, all we can do is make it the safest possible. I don’t think there’s any other alternative.”

In Liberty Grove Tuesday morning, voters were welcomed by a volunteer opening the door and a hand sanitizer stand. After identifying their voting district, voters were instructed to sit in a chair spaced in the middle of the room and wait to be called to vote by poll workers stationed behind a plexiglass barrier. After submitting a ballot, voters placed used markers in a box for sanitation.

In Sister Bay poll workers worked with the fire department to arrange drive-through voting in the bays of the fire station.