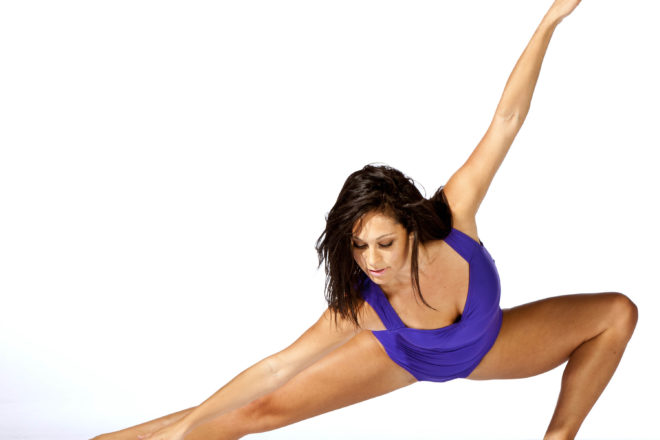 As is the case with many young girls, Elena Santiago took dance classes when she was little. But her interest in the art form didn’t really take hold until she went to the Door County Festival of Dance at the Door Community Auditorium in the 1990s.

“They had dance companies like Alvin Ailey and Paul Taylor – those are the ones that stood out to me,” reflected Santiago. “My mom brought me to those shows. I was in sixth grade at the time and I wrote in my writer’s notebook ‘I want to dance at The Ailey School.’”

At the age of 13, Santiago began to seriously dedicate herself to dance, traveling an hour from her home in Sturgeon Bay three or more times a week to attend ballet classes at the Green Bay School of Dance and work with Timothy Josephs, the school’s director.

“He was the core foundation for my dance career,” Santiago said. “That ballet training was so important. From there I could study many different dance realms.”

Ballet, Santiago explained, is the basis for many dance styles.

“In Europe during the 19th century, it was the only kind of dance performed on stage,” she said. “From ballet came these awesome women modern dance pioneers. Isadora Duncan, one of those pioneers, basically said, ‘I’m not wearing pointe shoes and a tutu and a tiara – I want to move freely and expressively.’ That’s when modern dance challenged the rigid rules of ballet and performance dance on stage. Modern is more earthy. Ballet creates an anti-gravity illusion; modern is done barefoot and is more grounded. They are very different but some of the core foundations are the same.”

Santiago’s rigorous training paid off; she was awarded a partial scholarship to the University of Wisconsin – Madison in 2005. There, she was introduced to modern dance and dance academics, taking courses in dance history, dance production, composition and movement analysis, among others. 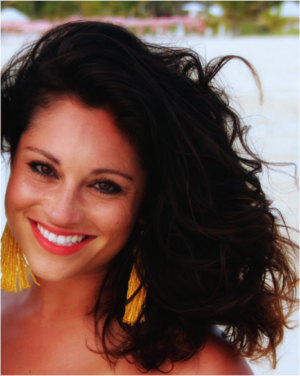 “Dance is an incredibly rich art form. It is the intersection of movement and music and brings the principles and elements of art in motion. Choreography of movement can convey cultural beliefs, emotion, spiritualism, and social and political issues. It’s fascinating,” Santiago stated.

During Santiago’s third year at Madison, she auditioned for The Ailey School, the prestigious New York City dance school whose company had impressed Santiago all those years before.

“I left prior to my senior year [at Madison] just because they [The Ailey School] have a cut-off at the age of 23,” Santiago said. “This rigorous training was a once-in-a-lifetime experience, and I realized this was a now-or-never thing.”

She auditioned in Chicago and was accepted into the school’s summer intensive program, a six-week session of technique classes and repertory workshops.

Santiago then auditioned and was accepted into the certificate program, a three-year conservatory program.

“It was 13 – 17 dance classes a week, so it was a really rigorous and intense dance program,” Santiago reflected. “But I loved the challenge and working with world renowned dance teachers. It improved my dancing immensely.”

Upon completion of her program at The Ailey School, Santiago made it a priority to return to Madison to complete her bachelor’s program due to the school’s dance education history.

“When I graduated from The Ailey School it was really important that I returned to Madison,” Santiago said. “UW was the first university to offer a degree in dance. One of the pioneers of dance education, Margaret H’Doubler, started the dance program at UW-Madison and changed the way dance is taught at the collegiate level.”

Santiago is currently completing her final year of graduate school at Hunter College in New York City. She received a full scholarship to earn her master’s in dance education. She hopes to teach as a full-time dance educator either at a public or private school or university.

“I’ve been on the receiving end of so many talented and inspiring teachers that have inspired me and changed my life,” remarked Santiago. “I want to do that for someone else. I feel like I have to give back to the community and share my love and passion for this art form that is undervalued and underappreciated.

“I have to be the voice of dance,” she concluded with a laugh.

Santiago wants to give back to the community that first introduced her to the art form that has become her livelihood.

“It’s been one of my lifelong goals to bring dance back to Door County. When they had those dance festivals, it changed my life. If it wasn’t for that, I wouldn’t be where I am today as a dancer and dance educator. It’s a place where the arts are so lively and dance is missing.”

Santiago hopes her advocacy for a greater dance presence in Door County will eventually lead to the return of the dance festival that introduced her to her passion.

Elena Santiago will offer three dance classes on Saturday, Aug. 20 at Andria’s Dancin’ on the Door School of Dance in Egg Harbor. For more information, call 920.868.5089 or email [email protected].