“We travel, some of us forever, to seek other states, other lives, other souls.” ~ Anaïs Nin

Thirty years ago this December, I left my Beijing university dorm and hopped a train headed for the fabled Chinese Turkestan – some 3,000 miles west. My travel permit, which served as a domestic passport, had a stamp for Xian and nothing else. The Public Security Bureau refused to give me permission to enter the areas west of Xian, so my travel there was like entering a country without a visa. 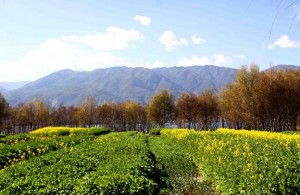 There was no tourism at that time, and the only travelers were Communist officials visiting family or on business. There were few trains, so every plank seat was taken, usually many times over (including the luggage racks which were used like sleeping berths). During the long 75-hour ride to Xinjiang, I did not have a seat until the 48th hour, spending the first day standing in the train’s vestibule (jumping off at frequent stops to relieve myself with most of the train because the toilets were stacked with people), and the second sitting on the floor of the hard seat car. I arrived in Urumqi, capital of Xinjiang, exhausted, and was immediately arrested. (The first of 13 times in the mid-1980s.) They told me to head back east; I hitchhiked west.

Travel in China at that time was exciting, although far from physically comfortable. There were incessant challenges: sneaking into unopened cities, finding a hotel that would take a foreigner, and waiting hours in line for train tickets to the next city. However, I was, and continue to be, inspired by cultural differences and intellectual challenges.

Travel provides us with one of the best opportunities for self-understanding; by exposing ourselves to the unknown, by taking so-called risks, life transcends the conventional, the routine. Moving beyond one’s comfort zone is, in my opinion, the greatest joy of travel.

Exploration of China’s hinterland was the purview of the rare independent traveler. During that five-week trip to Xinjiang, I did not meet anyone who was traveling for travel’s sake. I spent four days on trucks sneaking across the Taklamakan Desert to Kashgar and tried to make it over the border into Afghanistan, only to be told again to head east. Since there was no place farther west in China to go, I had no option but start hitchhiking back to the train line. Six days of freezing bus and truck rides later, I made it back to a remote outpost on the train line and another seatless three-day train ride to central China. (I still love train travel, by the way, and have spent more than 150 nights on trains in China.)

Travel in China has now become so sanitized and luxury-driven that it has lost much of its allure. Fly hundreds of miles to the west and ride camels or pose with yaks alongside thousands of other tourists in staged representations of the past. Walk so-called ancient cities filled with bars and “boutiques” selling mass-produced souvenirs from Yiwu. Most foreign travelers are turned off by these superficial and soulless destinations. However, because the nascent domestic Chinese travel market is so large and predominantly driven by comfort and familiarity, the future of Chinese travel will be filled with more of these commercial re-creations. 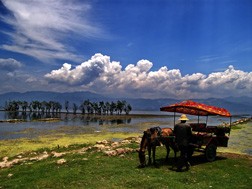 My greatest disappointment (and the reason why we established The Linden Centre) is the loss in China of any sense of place, any genius loci. This loss, which strikes at the interaction of people with their living spaces, exacerbates 70 years of languid social ties. Physical characteristics embodied in old architecture and material culture can help communities overcome some of these weaknesses, encouraging a sense of solidarity, providing them with a tangible reminder of a common past.

However, the homogenization of China’s cities, including the indiscriminate incorporation of Western structures into China’s cityscapes, is intensifying the destruction of the already-weakened foundations of China’s cultural traditions.

Travel, too, is being influenced by this waning sense of place. Sojourners are inspired more by newly built luxurious hotels than by indigenous experiences. “Adventure” is relegated, if attempted at all, to trying a local dish on a western style “Bar Street,” buying an ethnic shirt (which unbeknownst to the wearer came from another ethnic group some 500 miles away), or posing on the back of yak whose herder is really a city dweller dressed in local garb. There is little respect for or interest in a sense of place because the travelers, mostly urban dwellers, lack it themselves. Too many sojourners seek nothing more than the replication of their home comforts. They can only quantify experiences by the level of luxury, by the size of the TV in their rooms, by the amount of marble in the hotel’s reception.

In Dali, this trend is very evident. Hundreds of new hotels, few if any built in the Bai traditional architectural style, now line Lake Er – one of China’s largest freshwater lakes. These hotels show little respect for the cultural traditions upon which Dali has thrived for more than a millennium.

Locals with lakefront homes, which were worthless 10 years ago, now are renting out their property to outsiders who immediately demolish the original buildings and proudly recreate Bauhaus-style structures. The landlords leave their villages with money that may last a year or two, while the new structures shatter the original community fabric. Historic houses 100 to 200 meters in from the lake sit dilapidated and empty with little hope of renovation because they lack unobstructed views of the lake – the only true selling point to the guests of these new hotels.

After one glass and steel structure goes up, another investor comes in and tries to outspend and out-gimmick the neighboring businesses. There is little concern for or interest in the long-term cultural and financial impacts on the surrounding village.

While I believe that development can contribute greatly to the well-being of communities, there must a balance between growth and preservation. China must become more active in the enforcement of zoning laws. Regulations should consistently be applied to both land use and architectural design.

Funds should be made available to villagers to help them preserve their structures, rather than destroy them and build nondescript cement buildings.

While I do not advocate complete fossilization of communities, I do support stricter enforcement of existing regulations that are now easily circumvented with the right contacts. Preservation advocates may never completely balance the scale, but the government definitely should provide us with a little more weight.

The world has never seen a tourism market go from non-existent to a billion trips in 20 years. Such a change would overload any system, let alone one that had already experienced decades of self-inflicted damage to its tangible and intangible cultural traditions. I am happy that the Chinese are now able to explore this great country, and can do so in comfort far removed from the seatless train travel of 30 years ago. But I encourage all travelers – Western and Chinese alike – to be more socially conscious when selecting destinations. We are creating development paradigms upon frail infrastructures. The Linden Centre has always believed that it was our mission to work within these constraints. We train local staff, many of whom had not spoken with a foreigner before arriving at our Centre, volunteer at schools, source foods from the village, assist the Dali government with travel planning, and have established community service projects for visiting students, guests and volunteers.

And, perhaps most importantly, we have instilled confidence in the local communities by preserving their heritage rather than importing outside structures and staff. The village has embraced us because we embraced them. We have immersed ourselves into their genius loci, and they have, in turn, provided our guests with some of their most authentic and memorable experiences in China. These experiences are the essence of travel.