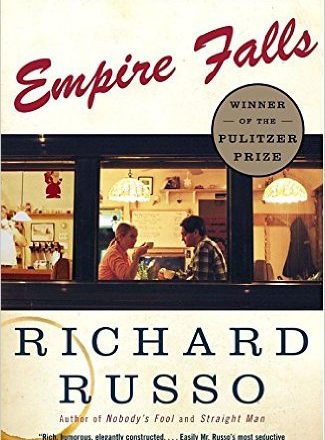 It’s wintertime once again, and with this cozy season comes the time when hundreds of Door County folks all read the same book at the same time. The book chosen for the 10th anniversary of Door County Reads is Empire Falls by Richard Russo.

Courtesy of the Friends of Door County Libraries, copies of the book will be available at libraries throughout Door County, beginning Dec. 19. A listing of Door County Reads activities will come with each book.

Empire Falls is a tender and sometimes humorous novel filled with colorful, very human characters. The setting is an old mill town, and features inhabitants who are struggling to deal with the realities and restrictions of living in a town abandoned by the logging and textile industries.

The 2002 Pulitzer Prize was awarded to Richard Russo for this work of fiction. He also wrote the screenplay for the Empire Falls TV mini-series that aired in 2005. That mini-series will be shown in February at the library in Sturgeon Bay.

Pick up a copy of the book from your local Door County library. Read it, share it with a friend or family member, and then join others for book discussions, a speaker, play readings, film showings, discussions, a writing session and a panel of local people who work in fields related to the storylines of the book. Events will run Jan. 23 through Feb. 9.

A variety of information about Door County Reads 2017 will be available at DoorCountyReads.org.