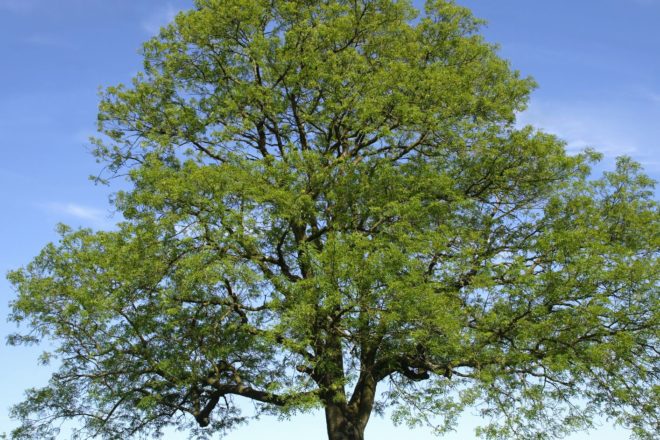 Did you know? More than a third of all conifer species are threatened with global extinction. Source: Global Trees Campaign

“Extinct” isn’t a word scientists like to use. Some North American tree species have been lost since European settlement, but they can never really prove a hypothesis such as “extinct.” Presumed extinctions are often preferred.

The demise of certain tree species is well documented, however, their populations decimated by disease, insects, pests, deforestation and more. Here, we’ll remember a handful of these.

America’s favorite Christmas tree is officially endangered, but chopping down millions each year isn’t even the cause. The trees, growing only on the highest slopes and summits of the Appalachian Mountains in southwestern Virginia, western North Carolina and eastern Tennessee, are susceptible to windfall and fire. But the most damaging threat today is the balsam woolly adelgid, which came from Europe in the 1950s. Once the insect infects the tree, it basically starves. By the 1980s, millions of trees had died. There is only one population of the tree that’s currently unaffected.

The American chestnut was the dominant hardwood species in eastern forests before the 1900s. An exotic fungal disease infested southern populations. This root-rot disease was followed by the more commonly known chestnut blight, which spread throughout the eastern hardwood forests at a rate of 24 miles per year. By the 1950s, virtually all mature American chestnuts had succumbed to the disease. American chestnut is now a minor understory component, existing as sprouts from old stumps and root systems, but scientists are resurrecting this once-great tree on Forest Service lands in North Carolina, Tennessee and Virginia.

Many butternut populations are being devastated by an exotic fungal canker disease. First discovered in Wisconsin in 1967, the fatal fungal disease girdles the stems and branches and has killed up to 80% of butternut trees in some states. Native in the upper eastern U.S. and southern Canada, it can also grow as far south as Georgia. The species is on the road to extinction unless a cure can be found. Overharvesting butternuts commercially for lumber has also contributed to its decline.

The American elm was the most popular tree to plant in 19th-century cities, so by the 20th century, many streets were lined only with elms. Then in the 1950s came the devastating pathogen called Dutch elm disease, which actually originated in Asia. It mowed down elm after elm through their grafted root systems or with the help of a beetle. The biggest lesson learned from the devastation was the importance of planting a variety of trees. A number of disease-resistant elms are available today.

The emerald ash borer has killed hundreds of millions of trees in North America since it arrived in Michigan in 2002 as a stowaway in packing crates from Asia. The insect’s larvae feed on the inner bark, disrupting the tree’s ability to transport food and water. It’s 100% fatal and is now found in 35 states, including Wisconsin, and in Door County.