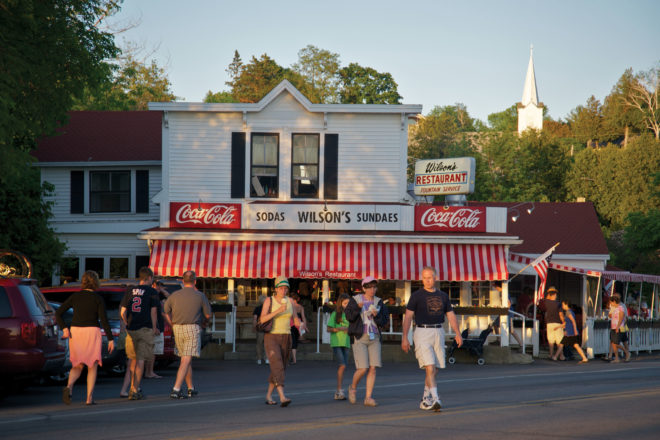 On July 20, after Pulse press time, the committee presented their recommendation to the village board, which includes short-term loans for initial construction costs needed in 2018 and a general obligation bond issue starting on Jan. 1, 2019.

“I’m nervous about interest rates,” said committee member Chuck Pearson. “I’m watching carefully and I think the sooner we can pin down a 20-year note the better off we are.”

Part of that concern is the Federal Reserve’s gradually rising short-term interest rates, which typically drives the rates across financial markets. The Federal Reserve has increased its benchmark interest rate sixfold within the past two years and is expected to raise the rate at least another one-half percent this year. That alone would result in approximately $300,000 in additional cost to the village.

Meanwhile, on July 17, a report from the United States Department of the Treasury revealed that Russia sold half of its investment in United States debt and Ephraim village board member Paul Roppuld believes this is just the start of decreasing demand for U.S. bonds like the one Ephraim is about to issue.

If demand for U.S. bonds decreases, interest rates will have to rise to encourage investors to buy them. Ephraim hopes to issue its bond before that happens, locking in the 3.35 percent interest rate that Ehlers, a public finance advising firm, proposed to the village this week.

The downside to a municipal bond is that the village is stuck with paying the full amount with interest even if project costs come in under budget. With a “pay as you go” construction loan, the village would be able to draw the exact dollar amount it needed and only pay interest on that.

But those loan interest rates are expected to rise and committee members felt more comfortable locking in the municipal bond rate.

The village does expect some portions of the project to come in under budget, particularly burial of utilities after soil borings revealed a lack of bedrock to cut through.