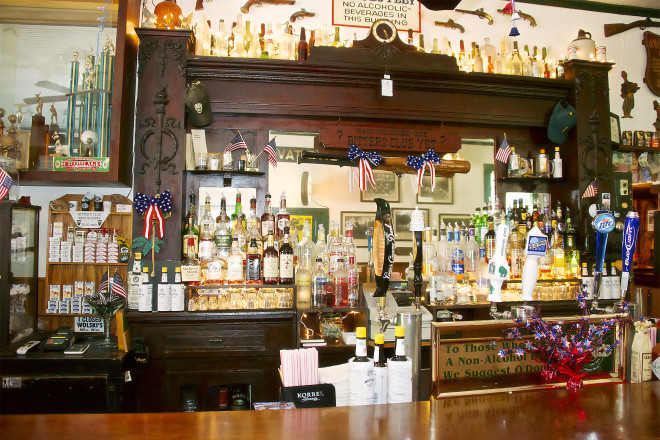 The back bar at Nelsen’s Hall on Washington Island, the only bar that legally served alcohol through Prohibition. photo by Len Villano

When the feds walked into Nelsen’s Hall during Prohibition and dragged owner Tom Nelsen to court, the procedure went something like this.

“Give me a minute judge,” said Nelsen as he pulled out a bottle of Angostura Bitters. “You can find this at any drug store in the world.” He listed the symptoms that bitters claimed to cure including hiccups, upset stomach and flatulence.

Nelsen poured out a shot for the judge and upon taking it, the judge recoiled in disgust. “Well who would ever want to drink this?” the judge claimed.

Nelsen’s pharmaceutical license, which he earned for the sole purpose of dispensing bitters to those who came to Nelsen’s Hall, was reinstated.

In his defense, Nelsen’s Hall did serve as a dance hall, dentist office, movie theater and, of course, pharmacy. The sale of bitters as a faux stomach tonic is what helped Nelsen survive the 13 years of Prohibition. The many roles it filled concreted the hall in the community. For more than a century, it has been the epicenter of life on Washington Island. 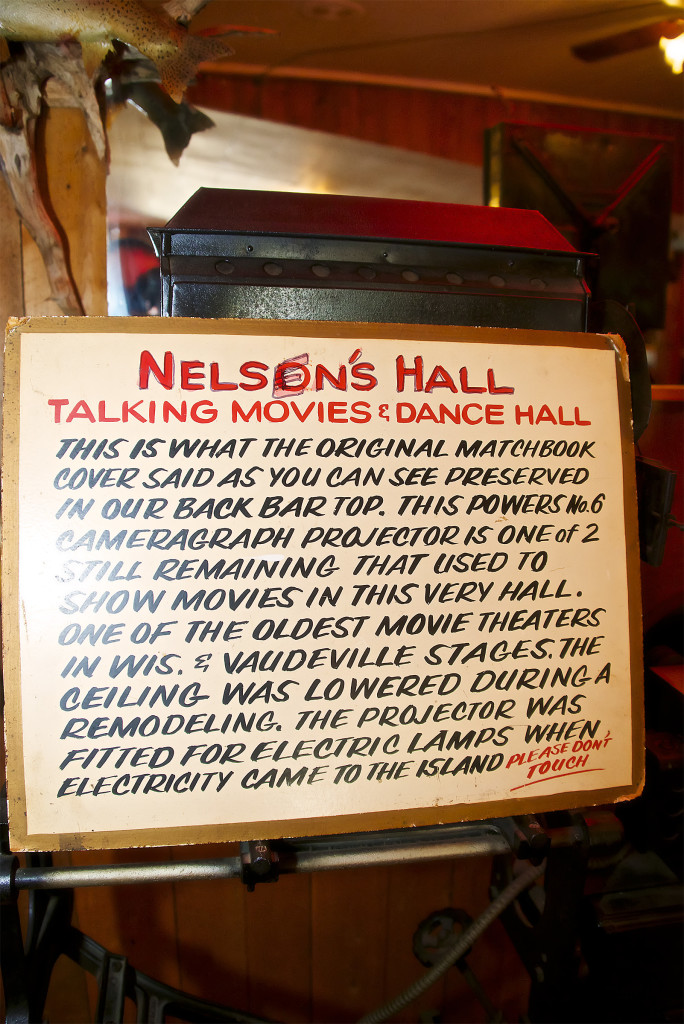 Nelsen built the dance hall in 1899 after arriving from Denmark like many other islanders. Three years later, he put in the bar and the dancing got a little crazier.

“When you walk in, a lot of people say Tom Nelsen still hangs around,” said Robin Ditello, who has owned Nelsen’s Hall since 1999. “It’s always been the place to come. It was the first tavern that was here.”

They keep the old movie projector in the back and the dentist chair sits at Jacobsen Museum on the island. Further accolades include a Guinness World Record for the largest purveyor of bitters in the world and being the oldest legally continuously operated tavern in the state.

The hall embraces their culture of bitters by incorporating it into more than just a shot glass. 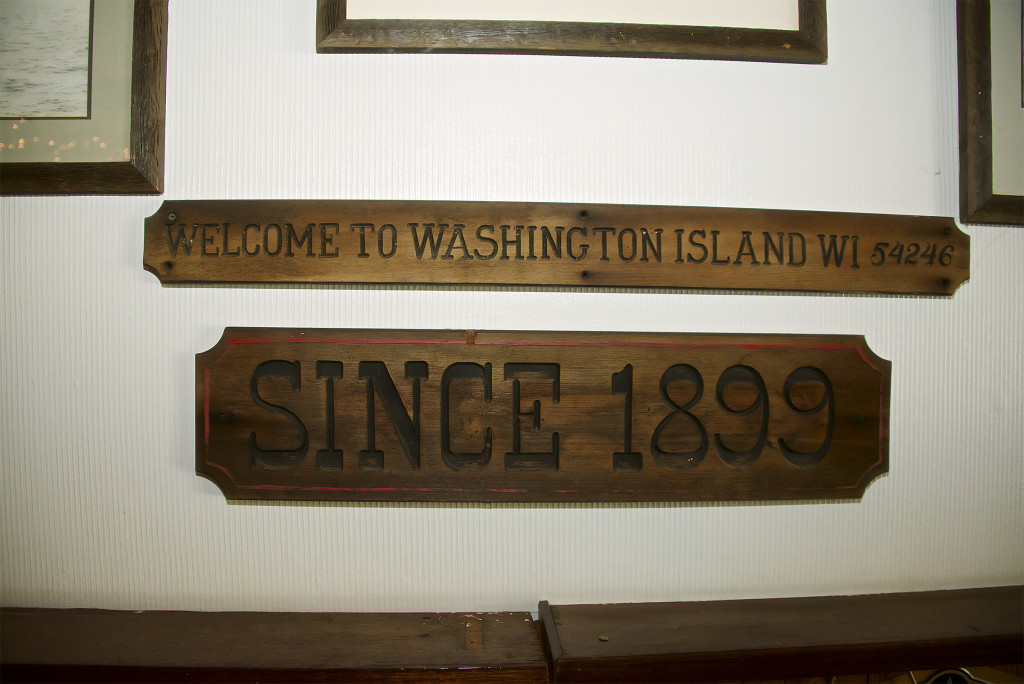 “We use it in our bloody Mary, we’ve made bitter burgers, every Easter we make a bitter ham,” said Ditello. To make a bitter ham, simply take out everything you would use to flavor the meat and use bitters instead.

The hall’s second owner, Tom’s nephew Gunner, paid tribute to his late uncle by starting the Bitters Club. Every year, more than 10,000 people join the Bitters Club by ordering a shot of the 90-proof stomach tonic. Ditello dips her thumb in the empty shot glass and prints it on a membership card.

This certifies that you have taken ‘the Cure’ by consuming the prescribed measure of bitters and as such are a fully initiated member of the Bitter’s Club. You are now considered a full-fledged Islander and entitled to mingle, dance, etc. with all the other Islanders.

Despite the incentive to join the Bitters Club, Ditello claims that is not what makes a tavern the center of a community.

“It doesn’t have to have some specialty like our bitters, but it has to have character to make the locals want to come to it,” said Ditello. “It’s the atmosphere.”

With that, Ditello casually leans back and tosses out an invitation, as if it’s a Sunday potluck and everyone is invited, “Do you want to join the Bitters Club?” 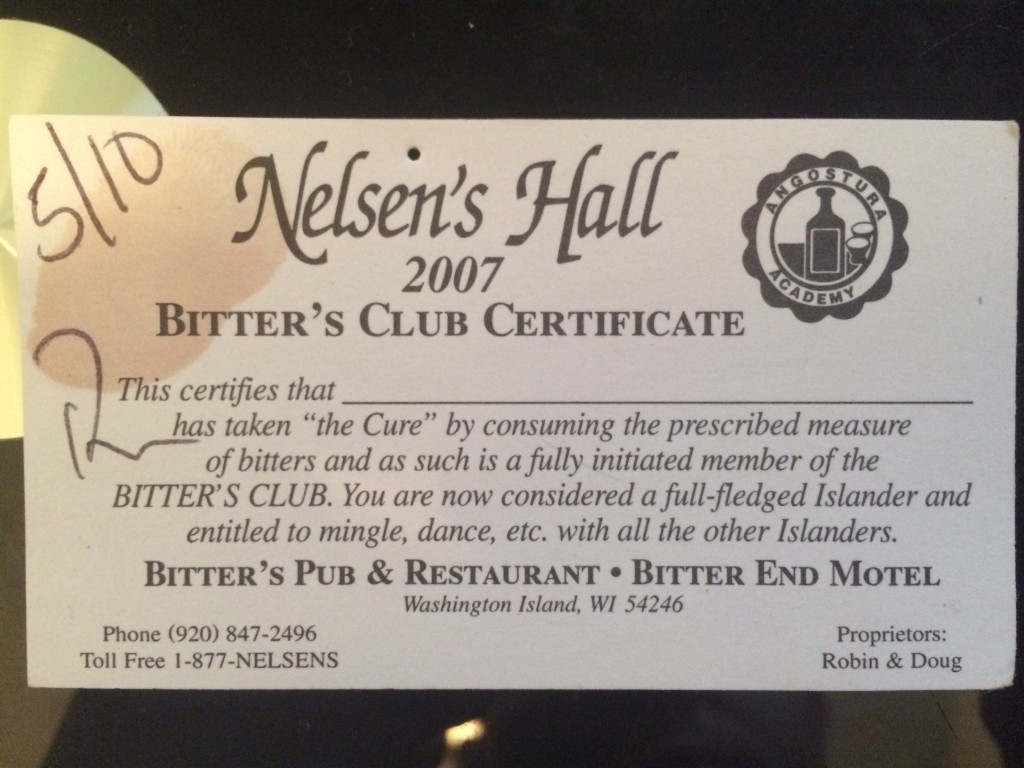