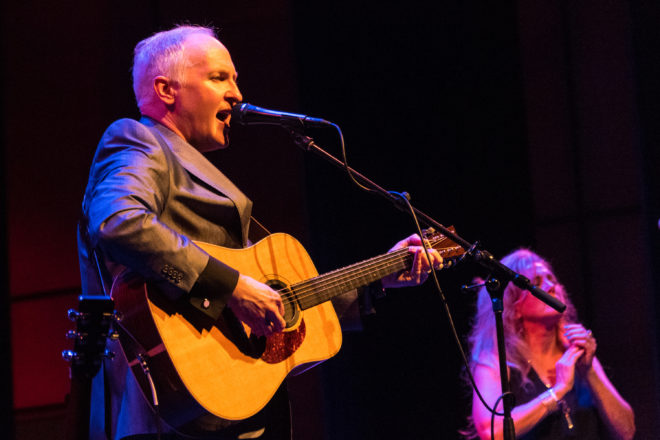 One of Door County’s favorite musicians, Eric Lewis, returns to the Fishstock Concert Series for the final show of the season, Sept. 3 at 7 pm.

Lewis is a multi-instrumentalist who performs and records with some of the top Memphis artists including Tommy Burroughs, Earl the Pearl and legendary Hi Rhythm. Lewis is also well known in Door County for his association with Northern Sky Theater and working with local songwriter Katie Dahl. In 2003, Lewis received the Premier Player Award for Strings by the Memphis Chapter of the National Academy of Recording Arts and Sciences. This year, he has released two new CDs, his solo effort, Before The Last Time and Solid Ground: The Songs of Fred Alley with Katie Dahl and Rich Higdon.

Lewis will bring along an entourage of talented musicians. Returning to the Fishstock stage will be NARAS (National Academy of Recording Arts & Sciences) award-winning string wizard Tommy Burroughs. The show will also include the NARAS award-winning drummer/guitarist Paul Taylor and bassist Daniel Mckee. Rounding out the group is Door County favorite, the award-winning singer/songwriter Jimmy Davis. Special guests will include Katie Dahl and Rich Higdon.

Fishstock is located at 3127 County F. For tickets or more information visit fishstockmusic.com and brownpapertickets.com.