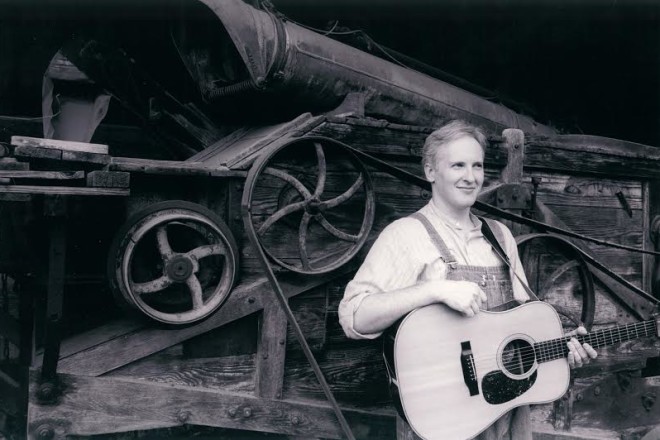 One of Door County’s favorite musicians, Eric Lewis, returns to Fishstock for the final show of the season on Sept. 6 at 7 pm. Eric Lewis is a multi-instrumentalist who performs and records with some of the top Memphis artists. In addition to working as a duo with Rory Hoffman and also Tommy Burroughs, Lewis has toured the country with the first national tour of Patsy!; E-squared artist Cheri Knight; and Prairie Home Companion favorites Robin and Linda Williams.

As usual, Lewis brings along an entourage of phenomenally talented musicians to Fishstock. Joining Lewis this year for her fourth Fishstock experience is Carolyn Martin. Martin is an astonishing, award-winning, western swing singer who recently released a new CD titled A Platter of Brownies: The Music of Milton Brown. Also performing will be her husband, bassist David Martin. Eric first began working with the Martins in Jason Petty’s band performing shows such as “Marty’s El Paso” and “Country Royalty: A Tribute to Hank Williams and Patsy Cline.”

Also joining the line up is the amazing multi-instrumentalist and South Dakota native, Rory Hoffman. He was featured in the March 2014 issue of Guitar Player Magazine and is a member of the South Dakota Music Hall of Fame.