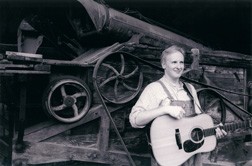 One of Door County’s favorite musicians returns to Fishstock Concert Series for the final show of the 2013 season on Sept. 1 at 7 pm. This year marks the 15th anniversary for Eric Lewis and his talented friends to perform in the barn at Camp David.

Lewis is a multi-instrumentalist who performs and records with some of the top Memphis artists. In addition to working as a duo with Tommy Burroughs and playing steel guitar for Jason Petty, Lewis has also toured the country with Gail Bliss in the first national tour of Patsy!, was handpicked by Steve Earle to back E-squared artist Cheri Knight and toured with Prairie Home Companion favorites, Robin and Linda Williams. In 2003, Eric received the Premier Player Award for Strings by the Memphis Chapter of the National Academy of Recording Arts and Sciences; and in 2008, was named Best Male Musician in Door County Magazine’s reader’s poll. 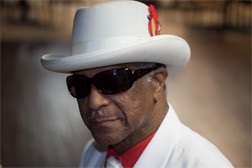 This year joining Lewis for the very first time in Door County will be the legendary, Earl “The Pearl” Banks and his band, People of the Blues. Banks has received several awards over the years as well. On August 3, 2013 Earl was awarded a Brass Note on Beale Street for his lifetime achievement and contribution to Memphis music and the blues.

Paul Taylor and Daniel Mckee as Goldstar Kindergarten will play in the loft at intermission.