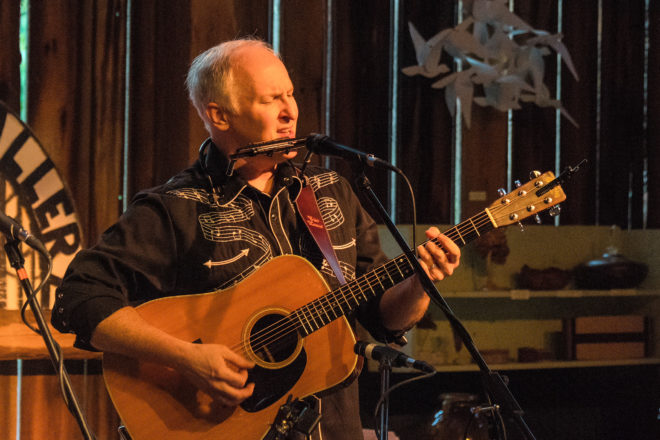 Eric Lewis returns to the Fishstock Concert series for the final show of the season. Lewis is a multi-instrumentalist who performs and records with some of the top Memphis artists including Tommy Burroughs, Earl the Pearl and legendary Hi Rhythm. Lewis is also well known in Door County for his association with Northern Sky Theater and working with local songwriter, Katie Dahl.

Lewis has toured the country with the first national tour of Patsy!, E-squared artist Cheri Knight and Prairie Home Companion favorites, Robin and Linda Williams. In 2003, he received the Premier Player Award for Strings by the Memphis Chapter of the National Academy of Recording Arts and Sciences. In 2008, he was named Best Male Musician in Door County Magazine’s readers poll.

Celebrate the end of a great summer at Fishstock with great music and Lewis’s 20th year performing in Door County. Fishstock is located at 3127 Cty F in Fish Creek. For tickets call 920.421.5555 or visit fishstockmusic.com.