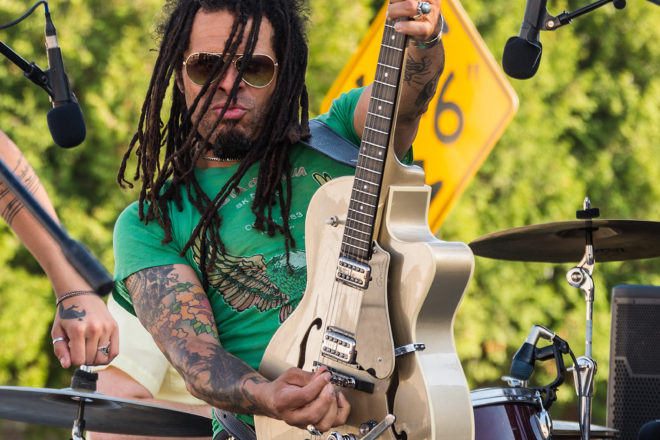 Eric McFadden makes a brief visit to Sturgeon Bay on Aug. 28 to perform a special show at the Tambourine Lounge. Special guests will join him.

McFadden is a virtuoso of the six-string. He has toured the world both as a solo artist, as well as traveling with funk legend George Clinton (Parliament/Funkadelic) and rock legend Eric Burdon (The Animals). McFadden is a member of the new supergroup, T.E.N., alongside Thomas Pridgen (Mars Volta) and Norwood Fisher (Fishbone).

McFadden has recorded several independently produced solo and band albums, many of which are regarded as underground masterworks by fans and critics alike. His 2011 release, Bluebird on Fire, received much acclaim, including a 5-star review in Crossroads Magazine. McFadden’s latest release, The Light Ahead, is a captivating acoustic album, exposing McFadden unplugged.

The doors open at 6:30 pm and the show starts at 7 pm. Seating is limited and advance reservations strongly recommended. Tickets are $20 and can be purchased by calling 920.743.5571 or visiting holidaymusicmotel.com.