I watched one or two episodes of Dexter before the disturbing concept of serial killers killing serial killers followed me to bed. I like sleeping. No more Dexter.

I switched gears to Nip/Tuck before it became wildly absurd and every cast member needed to go under the knife and undergo plastic surgery for the most random reasons, like a punch to the face, falling through a glass door, too much cocaine or a botched circumcision. Come on, people! It’s called stitches.

I got bored with Weeds, couldn’t handle how psycho Walter White became in Breaking Bad, and felt a bit overwhelmed with all the characters claiming the throne in Game of Thrones. Everybody just relax!

But winter will just not relent and sometimes you need a good show to scoop you up and toss you into a different world. I found myself absorbed in one or two series this winter and last, series worthy of a recommendation. (And all available at your local library!) 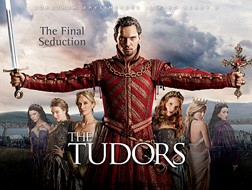 While studying abroad in England, a lovely woman with a fantastic British accent taught my fellow American students and I all about Henry the VIII and his six wives – the stories, the rumors, the long-lasting effect Henry’s choices made on the world as we know it: divorce, breaking from the Catholic Church, chopping wives heads off left and right. I loved it!

This visually stunning show has just the right amount of drama, action, romance and history. Some facts have been rearranged for effect, but it’s so damn good – I’m not holding that against the creators. 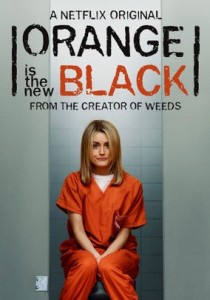 • Orange is the New Black

I plan never to attend a women’s prison, or any prison, and this poignant, disturbing and hilarious show just reaffirms why – corrupt guards, violent inmates, and dysfunction at every turn.

Based on a memoir by Piper Kerman of the same name, Orange is the New Black follows the experiences of a well-off young woman who is serving time for transporting a suitcase full of drugs ten years prior. This fast-paced dramedy is worth a watch.

Holy cow! What just happened? For starters, Claire Dane plays a very convincing bipolar CIA agent who is obsessed with an American veteran who may or may not have turned into a Muslim and bomb-toting terrorist when he spent eight years as a POW of al-Qaeda terrorists. That was a mouthful. 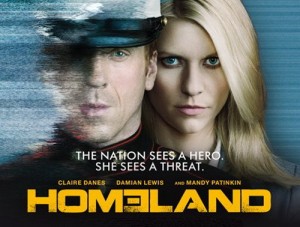 He’s returned to America, to his family; he’s suspicious and attractive. A bad combination.

This show takes many exciting twists and turns while examining a very valid question – who really are the terrorists?

While I’m at it, I’ll admit to one guilty pleasure – okay, maybe two: The Walking Dead and Downton Abbey. There, I said it!