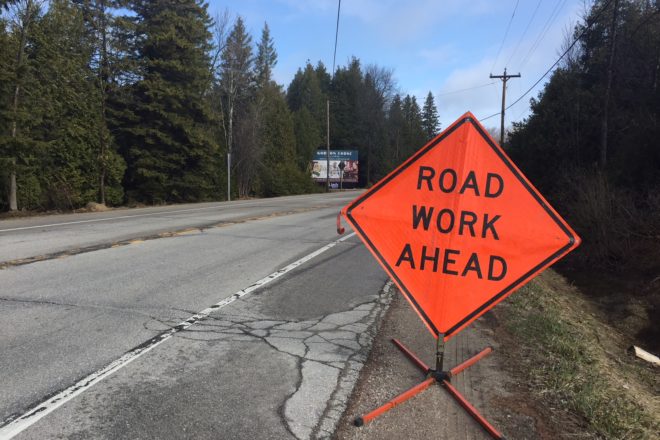 When resurfacing work began on Highway 42 between Egg Harbor and Fish Creek this spring, I was a little surprised the Wisconsin Department of Transportation (DOT) was redoing that stretch. It didn’t seem to be in that bad of shape, and it certainly wasn’t as bad as the stretch between Ephraim and Sister Bay.

This got me thinking of how the DOT determines which roads need work, and when, so I talked to Steve Nolan, DOT Project Supervisor for the Northeast Region, and discovered it was a much more complicated equation than I imagined.

First, Nolan said it’s important to understand that the DOT schedules its projects six years in advance, so today it’s making plans for work to be done in 2014 and 2015.

“It might take all the time between now and then to get a plan out of here,” Nolan said. That time frame gives the department time to clear environmental review, traffic planning, consulting with local government, contracting, and design work.

From there, the project selection process is actually largely computer-driven.

“We used to get on a bus and actually drive all the highways and look at them and discuss condition,” Nolan explained.

Now, however, the DOT has a van outfitted with sensors and cameras that spends nearly every day on the road taking pictures and readings. Every mile of state highway is covered by the van every other year, measuring unevenness in the road, cracks, and grooving from tires.

The data is added to a database, as are safety statistics and other information, and each segment of highway is then scored. Over time, the program creates a pattern of regression from which it predicts when the road will deteriorate to the point where work is needed. When that happens, a team is sent out to look at that stretch of road and gather information on soil, traffic, pavement condition, and other factors.

Right now, the stretch between Ephraim and Sister Bay is in worse shape because of unexpected sewer work that tore up parts of the road after the last resurfacing job was done in the early part of this century. That segment is scheduled for work in 2012 or 2013. This spring Baileys Harbor was able to coordinate storm sewer and resurfacing work in the same job.

So what does the most damage to our roads? Weather is an obvious factor, though Wisconsin’s notoriously rough winters aren’t as bad on the roads as might be expected.

“Wisconsin is actually in better shape than, say, Illinois and Kentucky, because we don’t get as much freeze and thaw,” Nolan said. “Here, we just freeze.”

The trucking industry takes a toll, especially as higher gas prices entice companies to use bigger trucks with bigger loads and high-pressure tires.

Those high-traffic segments get resurfaced with eight to nine inches of pavement, whereas the work done in Egg Harbor and Baileys Harbor this year laid down just a 1.75-inch overlay, expected to be good for another 10 – 15 years, Nolan said.