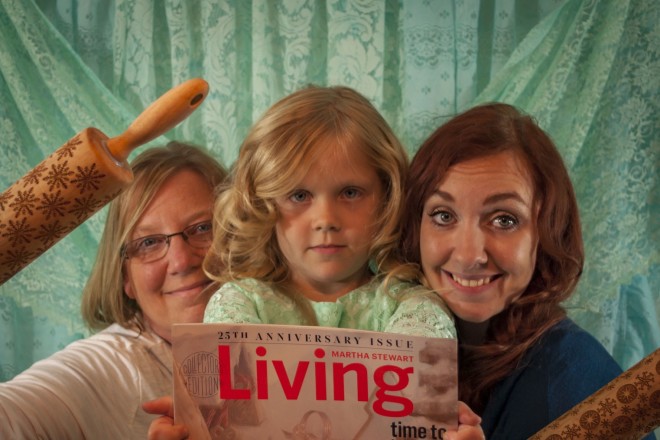 Everlasting Doodle began when Dan and Pam purchased a laser cutter in 2005, installed it in their workshop, and mother and daughter began creating gifts and art to sell online. Over the years, Everlasting Doodle has come to feature a variety of wall art, personal journals, quirky corkboards, Statemitts Accessories and a line of kitchen products, including patterned rolling pins.

Earlier this year the mother/daughter team received a request to send two snowflake patterned rolling pins to Martha Stewart to be considered for a project to be featured in Martha Stewart Living’s 25th Anniversary Edition. In September they were delighted to learn their rolling pins were chosen to be in an article. “We’re just having a lot of fun with this and we love the recognition,” Pam said.