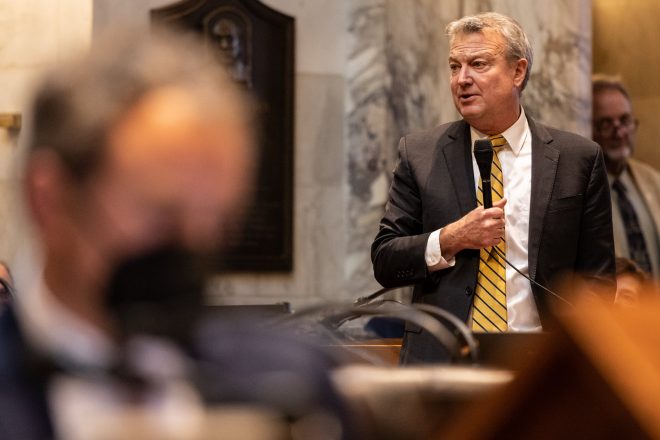 The bill would have overhauled how elementary schools work with young children who struggle to read by replacing the current reading-readiness assessment program with a three-tiered, early-literacy screening program. The bill would also require educators to create a personalized reading plan for every student identified to be an “at-risk” reader.

“We readily acknowledge that our bill is not a magic bullet that will solve all of our problems, but it is a great first step that will make a noticeable difference. The status quo is obviously not working, and we have to do something different,” said bill authors Sen. Kathy Bernier (R-Chippewa Falls) and Rep. Joel Kitchens (R-Sturgeon Bay) in a letter urging Evers to sign the bill into law.

Evers, a former state superintendent of public instruction and a former educator, said in his veto message that the bill didn’t include needed funding to accomplish the bill’s goals.

“I am vetoing this bill in its entirety because I object to fundamentally overhauling Wisconsin literacy instruction and intervention without evidence that more statewide, mandatory testing is the best approach for our students, and without providing the funding needed for implementation,” Evers wrote in his veto message. “This bill ultimately reduces valuable instruction time while asking schools to strain their existing resources instead of providing necessary funding to support the work [that] educators, administrators and staff are currently doing to support reading and literacy for our students.”

Kitchens said in a statement expressing his disappointment with Evers’ vote that the legislation would have allowed schools to catch struggling readers using increased screenings that take only a few minutes to perform and for which funding is already available.

“Some of the states that previously had the worst reading scores in the nation have enacted many of the same provisions in my bill and are now seeing vast improvements,” Kitchens said. “When making important decisions, Gov. Evers always says we must follow the science. Well, all I am asking him to do here is to listen to his own advice.”

According to the National Assessment of Educational Progress, close to 65 percent of fourth graders in Wisconsin are not proficient readers, with 34 percent failing to meet even basic standards.

Of the 42 states that report separate reading scores for African American students, Wisconsin ranks dead last in reading achievement, falling 31 places since 1992. During that same time frame, reading achievement for white students has dropped from 6th to 27th and Hispanic students from 1st to 28th.