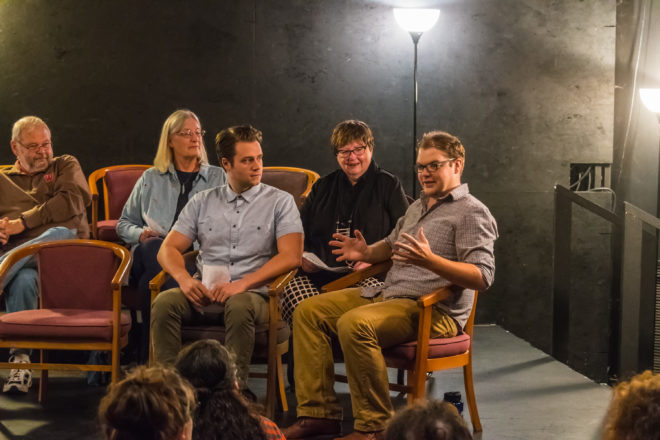 He was seven the first time. He knew something was wrong when Dad came late to pick him up from school. Mom always picked him up, she was never late, and he’d always sit in the back of the car; but this time it was Dad, he was late, and he was saying to get in the front seat. On the way to the hospital, Dad told him that Mom hurt herself. That she could’t find anything worth living for anymore.

So he started writing her a list. A list of every brilliant thing in the world. Everything worth living for.

Klarer giggles after this one and says that never gets old.

As the show goes on, the list gets longer and longer. The narrator’s goal at the beginning was 1,000 entries. The end of the play sees one million things worth living for. 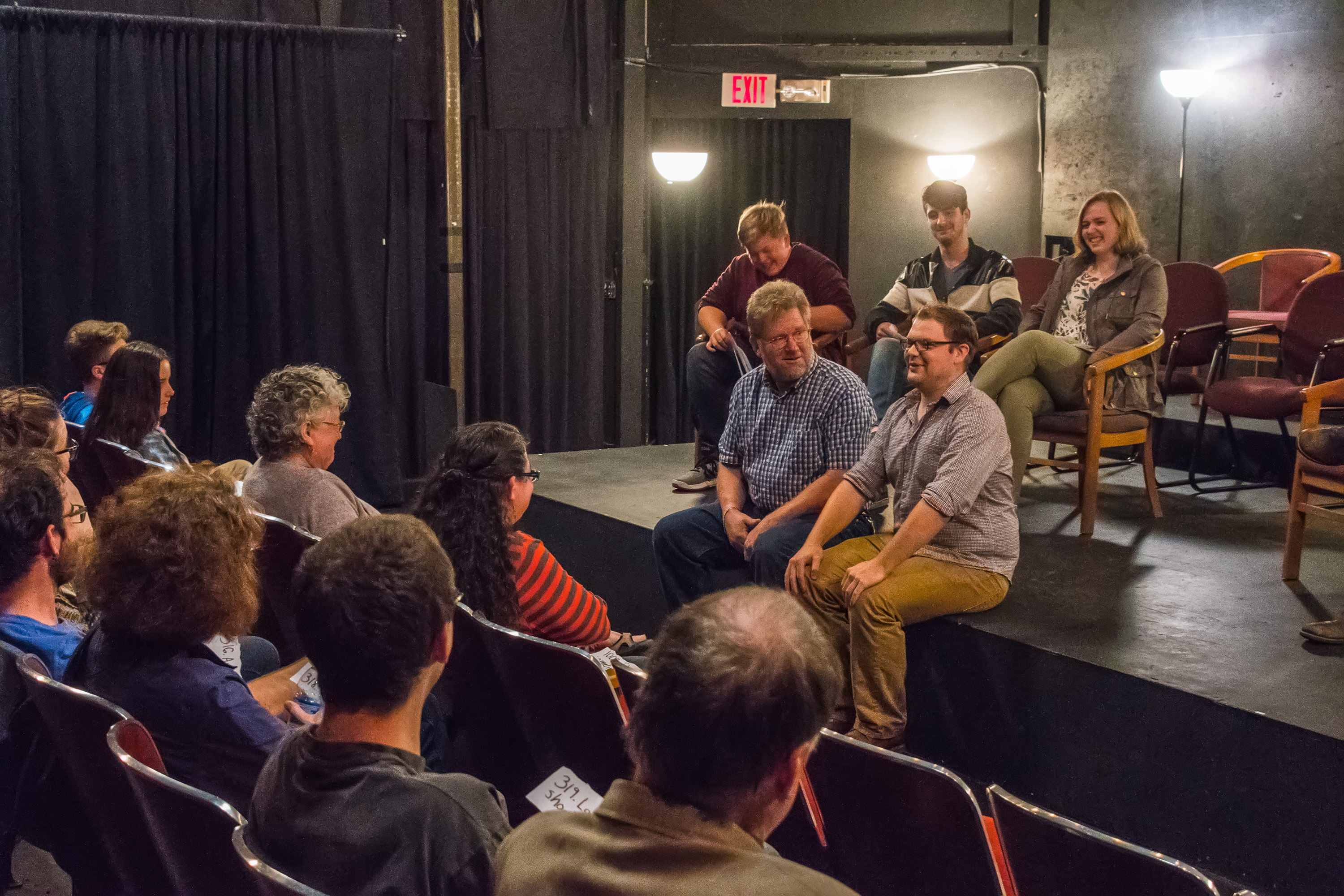 Actor Dan Klarer interacts with the audience during a recent showing of ‘Every Brilliant Thing.’ Photo by Len Villano.

Every Brilliant Thing captivates the audience like few plays do. Written in coordination with comedian and its first performer Jonny Donahoe, the show anticipates the audience’s reactions, making every line seem improvised. Klarer’s energy and enthusiasm for the piece make the show an intimate yet comfortable experience filled with laughter and tears.

This show breaks a lot of rules of theater. The house lights are up the entire show, there is no set, and Klarer speaks directly to the audience. Normally these omissions would detract from how well a performer could hold the audience’s attention. For reasons which you’ll only know after you enter the theater, the structure of Every Brilliant Thing is the most attention-grabbing part of the performance.

“The script is the vehicle,” Klarer said. “I’m driving the vehicle. But everyone else is in it, jamming out to the same music. And loving it.”

Most stories about depression are told by the sufferers of depression. The good ones give relatable insight into the isolating illness. Every Brilliant Thing takes as its subject matter the attitude and experiences of the even more common position: the helpless observer, the person on the outside of the illness who can only look on and offer words of encouragement. This perspective reveals how utterly normal feeling sad is, and how everything that goes along with sadness is just as normal.

The message of the play is not a hopeless one, but rather one of positivity in the face of difficulty. By reminding oneself of the brilliant things in times of hardship, you remind yourself of how being sad is just one part of life. Every Brilliant Thing takes its audience and dives into this truth of life in a way that is genuine, important, and that makes a lasting effect on those who experience it.

“Things get better. They don’t always get brilliant, but they get better.”

Every Brilliant Thing will run at Third Avenue Playhouse in Sturgeon Bay through Oct. 15. Showtime is Wednesdays- Saturdays at 7:30 and Sunday matinees at 2pm. For more information visit ThirdAvenuePlayhouse.com.