In his first book, Population 485, author Michael Perry seemed to jump into the life of anyone remotely touched by the world of the volunteer firefighter or first responder.

The bestselling author, musician, and humorist is back this month with his fourth book, Coop: A Year of Pigs, Poultry, and Parenting, and he’s coming to the Door Community Auditorium April 17 for a free reading and talk. 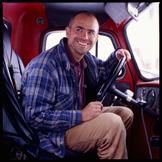 Michael Perry will appear at the Door Community Auditorium April 17.

I caught up with Perry by phone as he left his farm outside New Auburn, WI for an appearance in Minneapolis. He was getting out early to catch a reading by one of his favorite authors, Neil Gaiman, and he started our conversation talking about the continuing quest to become a better writer.

Michael Perry: I love going to listen to other writers and musicians. I don’t get to do very much of it (and Neil Gaiman will tell you this, too) because you wind up holed up in your little room. You have to sit down in front of the keyboard every day and write. But I love it for two reasons. One, because I still have a lot to learn, and two, because I love to talk shop, which is very rare when you spend your life writing. I love talking about the rejection and despair, and trying to get published. I love to watch and hear other people and try to pick things up from them.

Now, one thing about rejection. I don’t want to poormouth myself, because I’m very grateful for everything I’ve got. But I’m making a living at this and I get rejected all the time. I had an idea rejected by my editor I’ve been working with for six years at Men’s Health just last week. So I’ve still got to write.

You walk into a bar, and there’s a table of academics at one table, and at another table is a group of working-class men in beat-up car-harts and boots. Which table are you pulled to?

MP: What I’d like to do is pull those two tables together and try to keep everybody from fighting. I owe so much to both of those tables. The working-class table, that’s where I’m from and that’s where I’m most comfortable on a day-to-day basis. 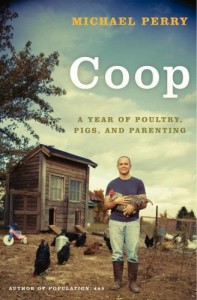 It’s a shame that we spend so much time in separate camps because there’s no reason you can’t hang drywall and talk about Kierkegaard. I’ve met some existentialist dry-wallers – they may not call themselves that, but that’s what they are. Maybe it’s a cop-out, but I’ve been kind of lucky because I’ve been able to navigate both camps.

MP: I generally don’t make it too obvious and don’t talk about it too much, because then people will start trying to turn themselves into characters. If I think somebody’s faking it for me I lose interest.

On the change that came with fitting a writing career around fatherhood after 39 years as a bachelor:

MP: I used to start writing at six, seven, or eight o’clock at night and write till two or three in the morning. That still happens once or twice a week (I have a wife who indulges me), but more often I’m getting up early in the morning.

Choosing words for “taste over meaning.”

MP: That was Dylan Thomas who said that. The idea is that if it tastes good, put it down and figure out what to do with it later. People ask me why I use big words. Well, I use big words cause they taste good and they mean exactly what I’m trying to convey. Some words are shiny and some words are big and fat and some words have this sharp rat-a-tat rhythm and they fit the sentence so beautifully.

I don’t always know the difference between further and farther, but if I find a very pretty word that also fits the line perfectly, then dude, I’m gonna spackle that in there because it tastes good.

On “Coop” as an aid in raising your own food:

MP: I like to make it clear that my book is not the book you want to read for guidance. This is the book about what happens when regular stumblebums try to do this.

• “Never Stand Behind a Sneezing Cow”

Author and humorist Michael Perry will appear at the Door Community Auditorium Friday, April 17 at 7 pm. The program is free and open to the public. The presentation is funded in part by a grant from the Peninsula Arts Association, Wisconsin Arts Board, and the State of Wisconsin. For additional information, call the Door Community Auditorium at 920.868.2728 or visit http://www.dcauditorium.org.