With a $50,000 grant from the Public Service Commission, Kewaunee County issued a Request for Proposals (RFP) last year “to investigate the feasibility of the development of a community based approach to manure management and methane recapture.”

The resulting study – called Project Phoenix – was issued on June 30.

The cost was reported to be an estimated $188 million, and it would keep more than 300 million gallons of cow manure from being applied to the land annually.

“If realized, this project would be largest of its kind in North America and establish Kewaunee County as a global leader in sustainability, setting a precedent for responsible agriculture for future generations,” the report stated.

During a visit to Kewaunee County on Nov. 17, Gov. Walker, without referencing Project Phoenix, revealed that he had asked the Public Service Commission (PSC), Department of Agriculture, Trade, and Consumer Protection (DATCP), and the Department of Natural Resources (DNR) to draft an RFP by early January for a biodigester system in Kewaunee County. 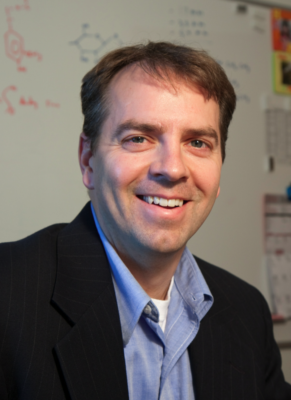 While we wait to learn more about Gov. Walker’s RFP request, those who work with and study biodigesters say this could be a good thing for all involved, if it is done wisely.

Red flags were raised immediately by Kewaunee County activists about problematic digesters, but University of Wisconsin Associate Professor Troy Runge, in the Biological Systems Engineering Department of the College of Agricultural and Life Sciences, said, “Any system that is managed well operates well and systems that aren’t managed as well might have problems.”

Runge actually looked over the consultant’s work on the Phoenix Project, so is familiar with the concept being considered in Kewaunee County.

While Runge said he and his colleagues are in favor of well engineered biodigester systems, he questions the need for a large-scale system such as that proposed in Kewaunee County.

“We like anaerobic digesters from an environmental, water quality standpoint, me and my colleagues that study this, but what I don’t like is where we have to go to crazy large systems or where we have to shutter systems because our price for renewable electricity has gone down because of state law. That’s the part nobody talks about. This is a natural consequence of not increasing our RPS (Renewable Portfolio Standard requires electricity suppliers to produce a specified amount of their electricity from renewable sources) like our more progressive state neighbors.”

Runge points out that under the previous administration of James Doyle, the state was ramping up for 25 percent renewable energy by 2020. That went away with the Walker Administration.

“Ten percent is the RPS right now and it hasn’t changed,” Runge said. “Because we have more renewable energy than we need by state law, there is no incentive to renew contracts for anaerobic digesters.”

And while it may be hard to believe with 650 million gallons of liquid manure produced annually in Kewaunee County, Runge does not believe there is enough manure to make the project economically feasible.

“When we looked at the analysis, we didn’t think there was enough manure,” he said. “The Project Phoenix report was counting on a lot of food waste. Based on manure alone, I find it not feasible from a purely economic standpoint without some help from the government, which might happen.” 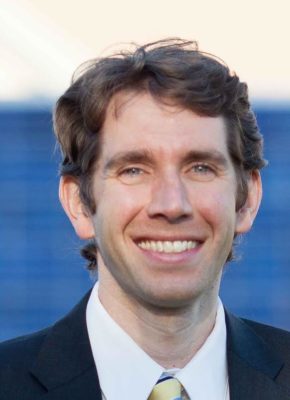 “I think there’s acknowledgement across the board the problem these agencies want to solve related to water quality in Kewaunee county is a difficult one. There is no single answer. I think there is a set of solutions that probably need to be put forward,” said Tyler Huebner, executive director of Renew Wisconsin, a nonprofit that promotes clean energy strategies. “We think there are a lot of benefits to digesters.”

He points out that the state did a biogas survey earlier this year and found there are 34 agricultural digesters and a total of 136 operating anaerobic digesters in the state.

“We’ve mostly only heard about the one in Waunakee,” Huebner said. “They’ve had some issues with manure spills. Now that plant is under new ownership, and since that transpired, we haven’t heard a peep.”

“The take home message with digesters are, they are certainly a tool in the toolbox and they do a very good job in certain things,” said Greg Kleinheinz, associate dean and professor in the College of Letters and Science at UW-Oshkosh. 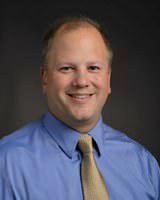 In 2014 Kleinheinz was named the first Viessmann Endowed Chair in Sustainable Technology at the UW-O, and was charged with bringing the topic of renewable energies to an international level.

UW-O owns three digesters – one on campus, one on a small farm with 120 head of cattle, and the third on the 8,400-cow Rosendale Dairy, the largest dairy farm in the state.

“As it relates to odor and manure management, they can be very useful, particularly in pathogen destruction,” Kleinheinz said of biodigesters. “However, there are some challenges.”

For example, the 66 miles of pipe in the proposed hub-and-spoke digester system in Kewaunee County offers risks related to pipeline breaks.

“There may be other alternatives,” Kleinheinz suggested.

“The second thing is on the financial side,” he continued. “Just as an electricity generator, you won’t make money. In fact, you’ll lose money. I’ve never heard of anybody that’s argued otherwise. When you look at the economics of a digester, you really have to look at it holistically.”

And, finally, he pointed out that nutrients are not removed from the manure that goes through a digester.

“By and large, whatever nitrogen and phosphorus goes into the system comes out of the system,” he said. “It is stabilized and it is in a little more manageable form. You can put processing equipment on the back side and bag it and ship it and sell it.”

Regarding the digester systems that critics point out as why this shouldn’t be done, Kleinheinz agreed that you only hear about the problematic digesters and not the thousands of fully functioning systems.

“A good example, any wastewater treatment plant has an anaerobic digester attached to it,” he said. “It’s probably the best example of daily use of one of these things and nobody ever hears about them.”

Kleinheinz advises that good, sound scientific and engineering principles be employed in developing such a large-scale system, with an independent panel to review the proposal.

“The technology providers cannot be the ones driving the bus. There’s an inherent conflict of interest there,” he said. “Decisions that are made by the best sales pitch, pure economics or by political decisions sometimes come back to haunt people.”