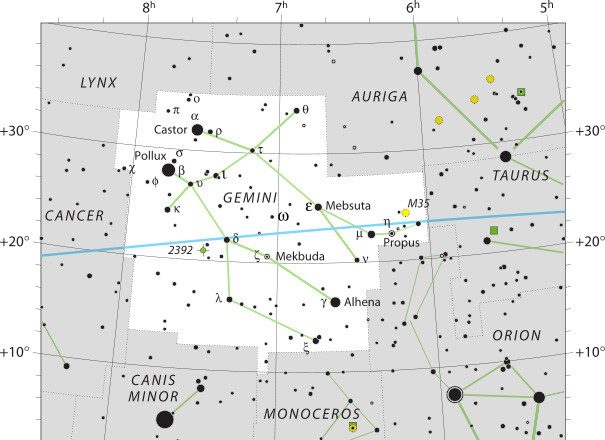 The Geminids Meteor Shower is considered to be the best meteor shower of the year, producing up to 120 meteors per hour at its apex. This year it should peak on the night of Dec. 13 and into the wee hours of the 14th, but “sky blazers” from this group of space debris can occur in the days and nights preceding and following the peak.

Meteors are produced when debris in space collides with the Earth’s mesosphere at hypersonic speeds. The mesosphere (50 – 88 km above sea level) is the layer of the atmosphere above the stratosphere; we live and breathe in the troposphere, underneath the stratosphere. The vast majority of the bits from space are small, like particles of smoke or grains of sand, and they burn up quickly. Some may be larger and produce visibly brighter and longer trails. Typically, a meteor would have to be about the size of a marble or larger to make it to the surface of the Earth.

Every December the Earth crosses the orbital path of asteroid 3200 Phaethon, theorized to be a rock comet. With a highly elliptical orbit, this five-kilometer-wide object swings extremely close to the Sun and out past the orbit of Mars every 1.43 years, exposing it to thermal extremes. This causes the rocky body to crack and crumble, shedding debris into its orbit. Some of this rubble then eventually slams into Earth’s mesosphere at some 130,000 km per hour.

To view the meteor shower, just go outside – if relatively cloudless – and keep looking up and around the dark sky. Avoid looking at white light so your eyes can adapt to the dark. To avoid vertigo issues or a crick in your neck, the most comfortable and efficient way to scan the sky is in a folding lounge chair.

Geminid meteors will appear to radiate from near the star Castor in the constellation Gemini (see sky map), but longer-lasting meteors will streak across the sky. Gemini is just “above” Orion the Hunter’s head and will rise ENE (East North East) before 7 pm.

It will probably be chilly out in mid-December, but if the sky looks clear in the East, bundle up, head outside (why not grab some binoculars on your way?) and spend some time with the night sky. Apply ample amounts of patience and shivering and you probably will see at least several meteors. We might even get to witness a bolide (an extremely bright meteor that is also called a fireball).

The next monthly viewing night of the Door Peninsula Astronomical Society is Saturday, Dec. 12 at 6 pm at the Leif Everson Observatory and Star Garden. Use the entrance at 2200 Utah St. in Sturgeon Bay, turn at the giant ringed planet. The December meeting of DPAS will begin at 7 pm on Dec. 1 at the Astronomy Center with a presentation by Mike Egan, “The Aging of the Universe” and “Latest News in Astronomy” by David Udell.