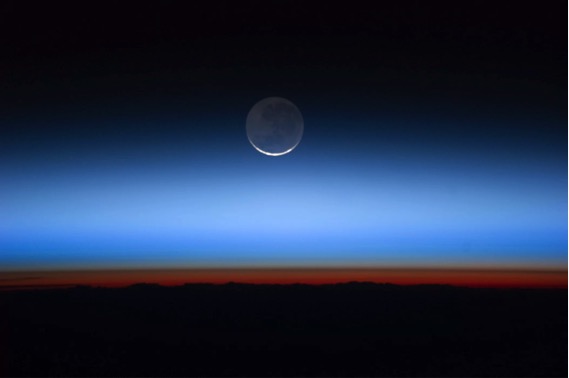 Looking through the Earth’s atmosphere. Image courtesy of NASA.

Around four-and-a-half billion years ago, the planets in our part of the solar system, now known as the terrestrial planets, were formed and they looked remarkably similar. Earth, Mars, Venus and Mercury all have rocky compositions, contain a variety of metals and have solid surfaces.

Three of these planets, Earth, Venus and Mars, followed an extremely similar path until around four billion years ago, including massive volcanic activity and the development of almost identical atmospheres deriving from the gases of these eruptions. Each still has an atmosphere circulates, and contains clouds and is energized by energy from the sun. Four billion years ago, these atmospheres were comprised almost exclusively of carbon dioxide with a little oxygen and mere traces of water vapor, ammonia and methane.

How did three similar planets with almost identical atmospheres end up so different?

Let us look at some of the driving forces on our atmospheres:

Now, can we use this knowledge to unravel the mystery of how three almost identical atmospheres changed so radically.

Earth and Venus have similar sizes (within 10 percent) and orbit the sun at comparable distances (93 million miles for the Earth and 67 million for Venus). Mars is a little more distant at 142 million miles and has about a half of Earth’s diameter.

The Earth’s atmosphere is comprised of 78 percent nitrogen, 21 percent oxygen with some carbon dioxide, water vapor and traces of other gases. Around four billion years ago the Earth cooled to a point where the water vapor started to condense and it started to rain (and I mean really rain!). This deluge formed the oceans and allowed basic organic carbon chemistry and simple life to flourish. Photosynthesis increased the amount of oxygen in the atmosphere as plants converted carbon dioxide into carbon for growth and released oxygen.

As these plants died and became buried, the carbon was removed from the atmosphere (for a few billion years, at least) and converted into fossil fuels. Carbon dioxide was also locked into sedimentary rocks such as limestone absorbed by the oceans. The emergence of life actually stabilized the atmosphere into something that can sustain life. 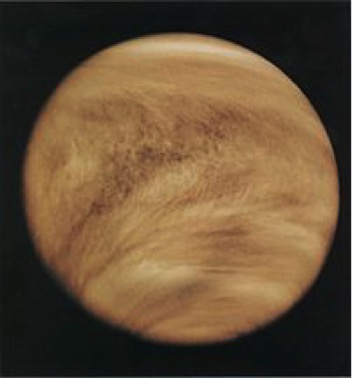 Venus, being slightly closer to the sun than Earth, enjoyed a little more solar radiation. This differences was just enough to prevent water vapor from condensing. Water vapor, like carbon dioxide, absorbs the infrared radiation from the planet’s surface, causing the temperature in the atmosphere to rise even further until a point is reached where the carbon in the rocks on the planet’s surface is “baked” out, releasing yet more carbon dioxide and accelerating the temperature rise. This “positive feedback” has resulted in an extremely inhospitable atmosphere: 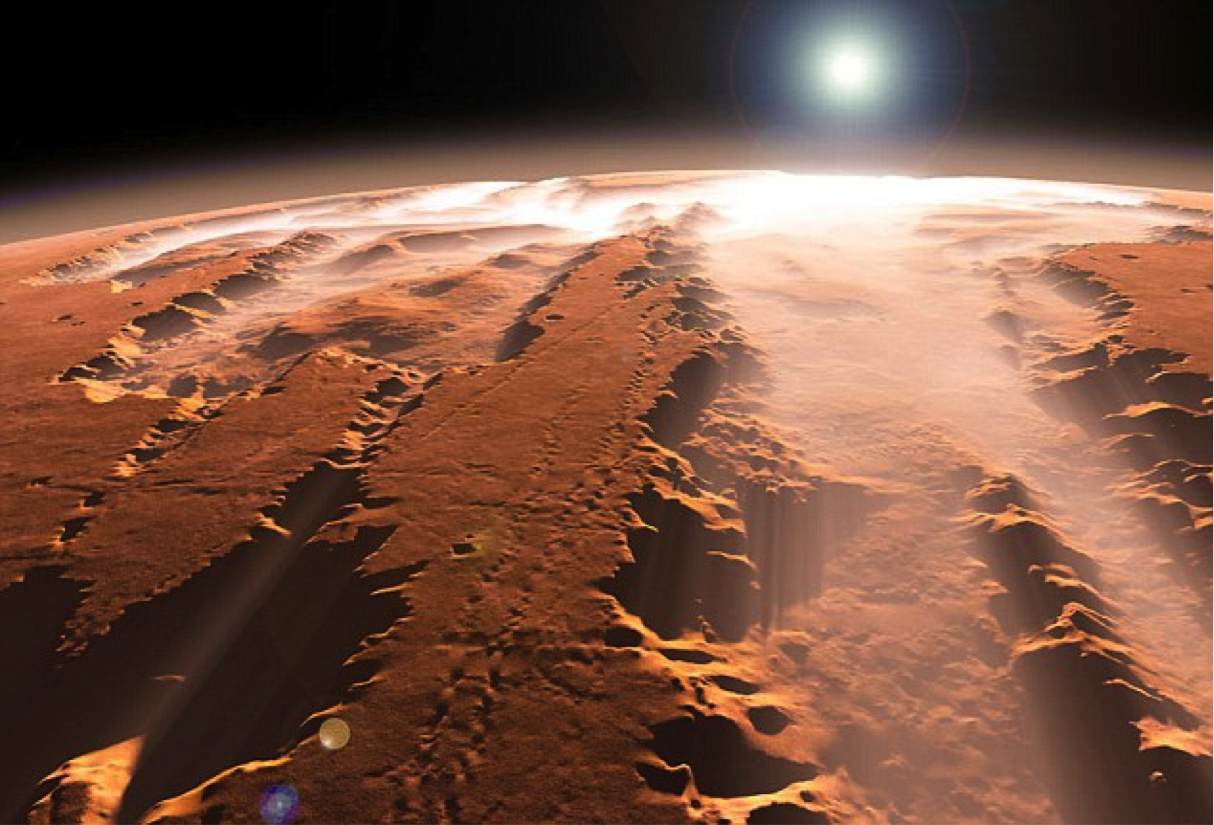 Looking through the thin Martian atmosphere. Courtesy of NASA.

Mars has a much lower surface gravity (38 percent of the Earth) and enjoys only a quarter of the solar radiation. The lower gravity (lower escape velocity) has allowed, over a period of billions of years, much more of the atmosphere to escape into space (see observation 7 above).

While we see evidence of oceans covering almost a third of the surface, most of the water has condensed into the planet. We have now discovered that subterranean caches of brine probably exist under the poles. Some of the carbon dioxide has bound into rocks. With the removal of water vapour and carbon dioxide, the atmosphere absorbs much less infrared radiation, accelerating the cooling process (almost opposite to what we see on Venus).

The Martian poles comprise of solid carbon dioxide and a little water ice. Each Martian year, as spring arrives, the polar caps evaporate, exposing the dust of the Martian surface under them. With an atmospheric pressure one percent of the Earth, the heating effect on the atmosphere is amplified (less radiation heating much, much, much less atmosphere, but with more carbon dioxide released from the poles) and strong winds result. These winds lift the exposed dust into the atmosphere, allowing the dust to absorb more solar radiation, accelerating the winds. The result is huge dust storms; the storm that started in June this year covered a quarter of the planet’s surface.

In the autumn, cooling causes the carbon dioxide to return to the polar caps in solid form and for a much calmer winter.

Our experience on Mars would be of a thin, cold (-195°F to +70°F range), dusty, carbon dioxide-based environment.

What we experience in our solar system is a form of the “Goldilocks” effect with conditions on Earth allowing life to appear and that life sustaining those conditions. On Mars and Venus, positive feedback has caused the same original atmospheres to evolve in very different ways.

The lessons that we have learned from our own solar system allow us to understand, for a given stellar radiation, what types (size and orbits) of planets may be able to sustain life as we know it. This will help us to understand which of the newly discovered exoplanets may be of most interest to study.

As a footnote, unfortunately, Mercury, being significantly closer to the sun and having a much lower mass did not evolve a significant atmosphere.