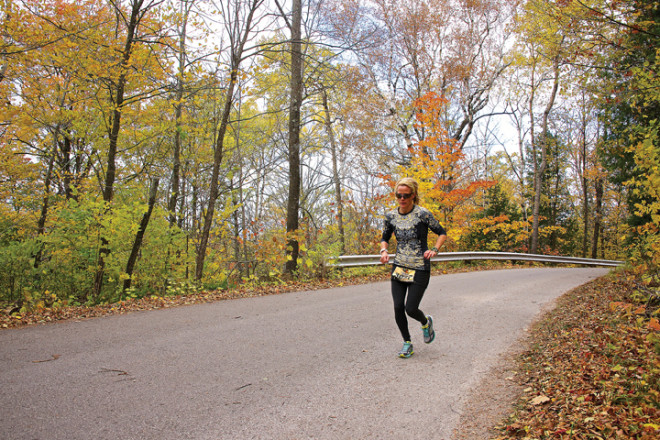 Zach Bitter posted the fastest 50-mile race time in the country when he won the Door County Fall 50 in 2011. But it wasn’t good enough to earn him a spot on the national ultra team.

When Fall 50 founder Sean Ryan heard that, he called the national team director to find out why. He was told that the time didn’t qualify because the Fall 50 course wasn’t USATF-certified.

“That really torqued me off,” Ryan said. “They accepted times from other courses that weren’t certified, but those races were more ‘established’ than mine so they accepted them. That upset me.”

Since he couldn’t force national officials to get familiar with the Fall 50, he got the course certified so they couldn’t deny any runner’s achievements in the race from the tip of the peninsula to Sturgeon Bay that he created in 2006. 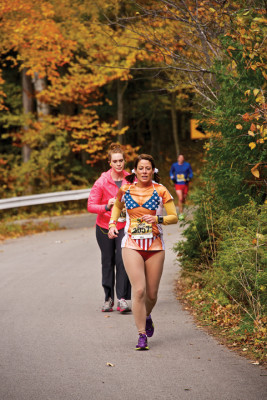 Ryan had to impress the USATF with his proposal, but he also had to put up some money. While competitors came armed with funding from their local tourism bureau, Ryan reached into his own pockets to put up a $12,000 bid.

The Fall 50 sells out its 450 relay teams in a matter of hours each April, but Ryan says hosting the championships is still a boost to the event, especially the solo competition. Last year 130 runners completed the full 50-mile course. Ryan expects to surpass 200 individual competitors this year, and possibly reach 300.

“Hosting the national championships definitely enhances the reputation of the county for silent sports and brings prestige to the event,” Ryan says.

“It’s another way that silent sports is driving Door County’s reputation beyond newlyweds and nearly deads,” he said. “This is going to be talked about in national publications and running circles. Hopefully that translates into more financial support from the tourism community for the event.”