You know you’re craving some butter lovers microwave popcorn, a soft blanket over your tan legs, and an entertaining, stimulating film spinning in your neglected DVD player. Don’t feel guilty for needing to veg out – it’s been a beautiful summer, you’ve made the most of it. Chill out and rent a flick or two. 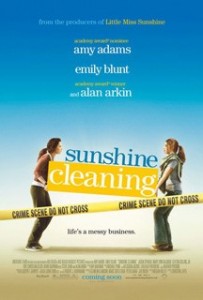 Here are some recommended fall films (all available from Door County Libraries):

Touching, humorous, and a bit disgusting, Sunshine Cleaning centers on Rose, a single mother trying to raise tuition to send her son to private school. With the help of her unmotivated, unreliable sister, they start a biohazard removal/crime scene clean up service. 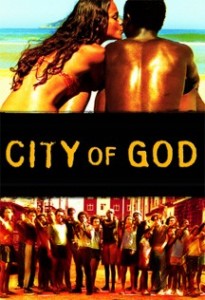 A string of dynamic characters create a film oddly relatable, given the fact that many scenes take place in blood-ridden bathrooms, vomit-stained bedrooms, or maggot-infested kitchens.

‘Whew,’ that’s what you will be thinking at the end of this intense film, based on the true story of a man who grew up on the streets of one of the world’s most notorious slums, Rio de Janerio’s City of God.

Yes, there are subtitles, which make it difficult to look away during scenes of graphic violence, but the harsh realities of this film – recreated by a wildly talented cast of teenagers and twenty-somethings – beg to be seen. 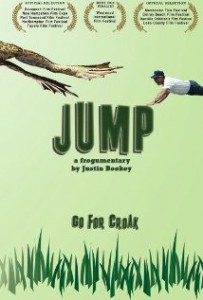 Literally, grown men and women strategically send jumbo-sized frogs off on a jumping spree – shouting at the green reptiles on their hands and knees. With great seriousness, participants discuss their successes and failures in the frog-jumping ring.

You might decide they’re more than a little crazy.