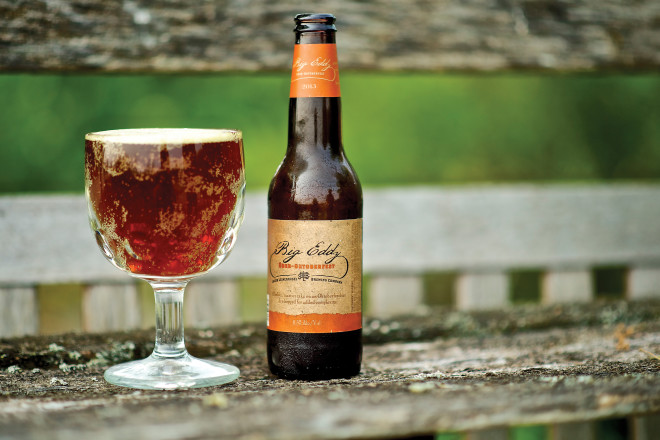 Beer was adventurous in early America. As the above ditty from New England circa the 1630s shows, just about anything was fair game for brewing.

After many centuries, beer is once again an adventure. I haven’t seen a parsnip beer, but I have had black walnut beer, thistle beer, maple sap beer, and we can thank craft brewers for bringing back pumpkin beer. 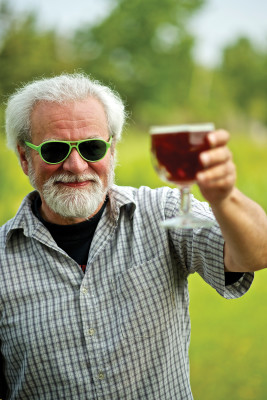 It’s highly unlikely that original pumpkin beers from the colonies included pumpkin pie spices, as does Buffalo Bill’s Pumpkin Ale, and as do most commercial pumpkin beers. The spices – mostly cinnamon and nutmeg, sometimes vanilla – are often cited by those who dislike pumpkin beers, and they are legion. In fact, it seems there are two kinds of people – those who love pumpkin beers and those who hate them. No in-betweenies here.

I happen to love them and am always on the lookout for a new one. My holy grail of pumpkin beers is a Belgian brew called Timmerman’s Pumpkin Lambicus. I need to find this beer.

But until I do, Lakefront Pumpkin Lager will do. What makes the Milwaukee brewery’s pumpkin beer so special? Unlike its many competitors, Lakefront brews a pumpkin lager rather than an ale. In celebrating its quarter-century of brewing in 2012, Lakefront released a brandy barrel-aged imperial Pumpkin Lager. If you know anyone who has cellared bottles of that, have them give me a call. Certainly this would be a lager to stand up to aging.

If you are a pumpkin beer hater, no need to despair. There is still a fall seasonal for you. Oktoberfest beer may be the best thing to have come out of the institution of marriage.

Oktoberfest, the massive 16-day party held in Munich every fall, began in 1810 when Crown Prince Ludwig married Princess Therese of Saxe-Hildburghausen. A party ensued and a beer was born.

Oktoberfest is the only beer served at Munich’s Oktoberfest, and it all has to be made by the six major Munich breweries – Augustiner-Bräu, Hacker-Pschorr-Bräu, Löwenbräu, Paulaner, Spaten-Franzikaner-bräu and Staatliches Hofbräu-München.

And if you went to Munich to drink Oktoberfest beer, you would find it is golden-colored like lager, and not the lovely amber-colored beer it is here.

Apparently German beer drinkers prefer golden-colored Oktoberfest. Me, I love the copper-colored version for all it implies – a slight caramel flavor from the roasted Vienna or Crystal malt in a soft, malt-driven lager. Hops are asleep in the back seat.

Last fall I often stopped on my way home from work for a half-liter of Spaten Oktoberfest at Coyote Roadhouse in Baileys Harbor. Amber nectar of the gods! It just doesn’t get much better than that. Maybe a Weihenstephaner Festbier on tap would top it.